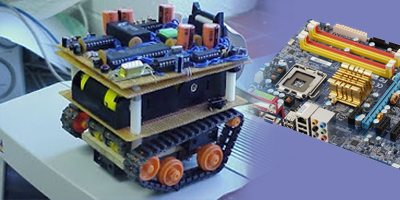 The device presented here makes the fan run at full speed for a predetermined time. The speed is decreased to medium after some time, and to slow later on. After a period of about eight hours, the fan/cooler is switched off.

Fig. 1 shows the circuit diagram of the system. IC1 (555) is used as an astable multivibrator to generate clock pulses. The pulses are fed to decade dividers/counters formed by IC2 and IC3. These ICs act as divide- by-10 and divide-by-9 counters, respectively. The values of capacitor C1 and resistors R1 and R2 are so adjusted that the final output of IC3 goes high after about eight hours.

The first two outputs of IC3 (Q0 and Q1) are connected (ORed) via diodes D1 and D2 to the base of transistor T1. Initially output Q0 is high and therefore relay RL1 is energised. It remains energised when Q1 becomes high. The method of connecting the gadget to the fan/cooler is given in Figs 3 and 4.

It can be seen that initially the fan shall get AC supply directly, and so it shall run at top speed. When output Q2 becomes high and Q1 becomes low, relay RL1 is turned ‘off’ and relay RL2 is switched ‘on’. The fan gets AC through a resistance and its speed drops to medium value. This continues until output Q4 is high. When Q4 goes low and Q5 goes high, relay RL2 is switched ‘off’ and relay RL3 is activated. The fan now runs at low speed.

In the motors used in certain coolers there are separate windings for separate speeds. Such coolers do not use a rheostat type speed regulator. The method of connection of this device to such coolers is given in Fig. 4.

The resistors in Figs.2 and 3 are the tapped resistors, similar to those used in manually controlled fan-speed regulators. Alternatively wire-wound resistors of suitable wattage and resistance can be used.