The trend of being smart – key takeaways

One potential impact that experts believe is the fact that IoT-driven models would create a positive impact on the minds of citizens who are generally frustrated with the current trend of election anomalies.

For engineers, it would be building solutions for societal impact maybe even surpassing that of the west as far as clean adaptation of smart technology is concerned.

“This model is proposed by considering the current practices of election procedures. So, it can be very easy for migrating to this system” advises Bastin.

Design engineers (with decades of experience) also believe that it a smart voting process would directly lead to an increase in the voting percentage whilst eliminating other finer anomalies such as over-spending by candidates and luring of voters through illegal means viz offering cash and goods (at subsidised rates during the election campaign time allotted).

With technology like Deep Learning, engineers also believe that it is easy to conceptualise models for aspect such as monitoring candidates’ funds, voter luring mechanisms, and other malpractices. Experts advise engineers to incorporate sensors at the ground level to detect technology (hardware mostly) misuse by candidates during election campaigns.

“Sensors can detect misuse of technology hardware such as SIM-cards; during elections, however, this is an extensive process and the law enforcement agencies must work in tandem with the cellular operators. Nonetheless, using Big Data and Analytics, the enforcers can get to know how many SIM-cards were actually used and not misused,” signs-off Harish Babu.

Finally, with experts expressing positive support towards conceptualising a smart voting system for India, we think that the time now is ripe for embedded engineers to put on their technical hats and start thinking about creative models. Do let us know what you think about smart models for Indian elections. 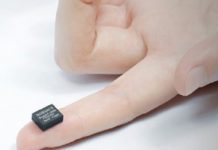