Mimicking sunlight
CoeLux, recently nominated by World Economic Forum as one of the Technology Pioneers 2015, has invented an artificial skylight that can light up a room’s ceiling as if it were lit up by sunlight. Variants of the lighting system mimic the way sunlight appears at three different latitudes on Earth. It does this using special nano-structured materials that scatter light from the LEDs, just as tiny atmospheric particles scatter sunlight—a phenomenon known as Rayleigh’s scattering.

This project is funded by the European Commission, as it promises to improve the quality of life indoors, in offices, hospitals and many other closed spaces. An organisation called Humanitas, for example, has installed CoeLux’s sun-like lighting in its radio surgery department. In contrast to the darkness maintained in radio surgery bunkers to protect technicians against radiation, the cheery sunlight tends to immediately perk up patients’ moods, alleviating their stress and helping them respond better to treatments.

Smartcars have smartlights
Smart lighting featured in automobiles are helping improve safety and driving comfort. One example is the new lighting system being developed by Ford. The technology combines effective spotlighting with infrared (IR) cameras to draw the driver’s attention to potential hazards on the way.

At a time, the IR camera can detect up to eight pedestrians, cyclists or animals on the way. An in-car screen displays the image captured by the camera, highlighting the detected objects in yellow and marking the two riskiest ones in red. The smart spotlighting system also cranks into action immediately. Moveable spotlights beneath the headlights illuminate the people or animals detected by the IR camera, casting a line along the road to make them more visible.

The same system can also be used to keep an eye on road signs, to adjust and widen the headlight beam at road junctions and roundabouts to help drivers navigate easily. 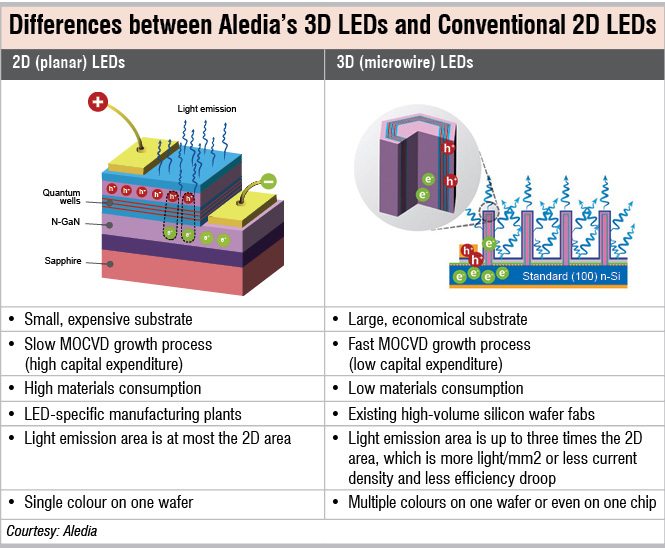 Leading the pack of smartdevices
When we speak of smart lighting, the first thing that comes to mind is connected, controllable light accessible through apps. However, light is also an enabler of smartness in other devices. One example of such a system is LiSense, developed recently by researchers at Dartmouth College, USA.

LiSense is basically a system that enables the lights in your room to recognise you and your movements, and also to autonomously control other devices to make you feel comfortable. For example, as soon as you come into your home, slump onto the couch and wave your hand, light in the living room instructs the air-conditioner to turn on and your coffee maker to start brewing.

The team uses an advanced shadow based sensing system to recognise the user’s presence and gestures, and harnesses developments in visible light communications for transmitting instructions to other devices. Basically, information gets encoded as light intensity changes at high frequency, and since most current-generation smartdevices have light sensors, these are able to receive data by monitoring the changes in light. This happens very subtly and is not visible to the human eye.

According to Xia Zhou, lead author of a paper on the research, the team wants to use smartlights to turn every indoor space into a cognitive space. In the future, they hope to make the system capable of handling more than low-level gestures to monitor the occupants’ behaviour, observe changes and may be even detect diseases.