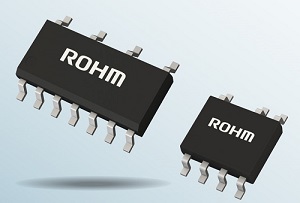 The demand for smart appliances and IoT applications is on the rise, having added communication functionality (i.e. Wi-Fi) to home appliances. As it is necessary for such devices to always be ON to maintain communication, there is also a need for reduction of standby power consumption to around 0.5W, calling for lower standby power consumption by the motor and power supply blocks along with innovative new technologies.

In order to provide a better solution, ROHM has developed the BM1ZxxxFJ, an integrated zero-cross detection IC series that is optimised for home appliances such as vacuum cleaners, washing machines and air conditioners.

The BM1ZxxxFJ series reduces standby power consumption of the zero-cross circuit to just 0.01W while continuously powering the system. The error in delay time (which varies depending on the AC voltage) that exists with conventional photocoupler-equipped zero-cross detection circuits is limited to ±50µs or less. This allows efficiently driving the motors – even with the different AC supply voltages – as well as MCUs (which is difficult to achieve using conventional zero-cross detection circuits). At the same time, eliminating the need for a photocoupler contributes to greater application reliability by reducing risks related to age-based degradation.

What is Zero Cross Point?

A zero-cross detection circuit is needed in home appliances that supply power from an AC outlet to detect the zero-cross point (which is the 0V point of the AC waveform) to efficiently control both motors and MCUs. As a result, improving zero-cross detection accuracy allows for even more efficient motor and MCU control. And when the motor is stopped, pulse control provides greater circuit safety by reliably stopping the voltage at 0V.

Conventional zero-cross detection circuits commonly utilize a photocoupler and transistor that accounts for nearly half of the standby power consumption of the entire application. After analysing hundreds of power supply patterns in different environments, ROHM’s IC is capable of detecting zero-cross without a photocoupler.

2. Contributes to improved reliability and efficiency in home appliances

Using a photocoupler involves risks that include performance degradation due to the deterioration in luminous intensity over time. Eliminating the photocoupler not only reduces this failure risk but also limits the delay time error, which can vary depending on the AC voltage, to ±50μs or less. This makes it possible to efficiently drive motors even with varied supply voltages (100-230V) – as well as MCUs, which is difficult or impossible to achieve using conventional zero-cross detection circuits.

The BM1ZxxxFJ series is compatible with input voltages up to 600V and performs voltage division to the output below the maximum rated voltage of MCU and drive standard MCUs up to 5V. A voltage clamp function is also included that ensures the input voltage does not exceed 4.8V, protecting the MCU even when abnormal voltages are generated in high voltage drive applications such as air conditioners.

The BM1ZxxxFJ series supports both pulse and edge waveforms used in home appliance specifications, eliminating the need for software changes when replacing conventional zero-cross detection circuits. 6 models are offered to ensure compatibility with a wide range of home appliances.

The series is now in mass production. An integrated zero-cross detection IC development board is also available that integrates a power supply for driving ROHM’s integrated zero-cross detection IC, facilitating device evaluation. This evaluation board is designed to simplify the decision-making process for designers when considering replacement of existing circuits using a photocoupler. 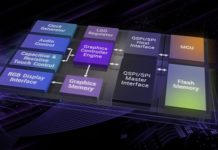 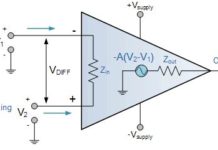 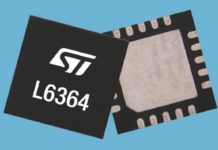 System on Module In Increased Memory Options For Embedded Solutions

Innovations Thriving In The Battle Against Coronavirus