A gate driver IC is normally used when the controller section is unable to provide sufficient current to drive the MOSFET’s gate capacitance. Sometimes, even if you use a logic level MOSFET, you might still need a driver to rapidly charge and discharge the gate capacitance to minimise switching losses.

The switching of a MOSFET generates heat in the device. The gate driver takes power from the main input supply and requires only a small current of the controller, thus making the whole system cooler.

A gate driver allows you to turn on and off the MOSFET at a faster rate more efficiently.

Q. What are the voice recorder chips available in the market?

A. There are many voice recorder chips available in the market, some of which are listed below.

It is a powerful 16-bit digital audio processor capable of recording 40-80 seconds of audio. It’s based on non-volatile flash memory technology, requiring no battery backup. It has a built-in audiorecording microphone amplifier and configurable analogue interface. Other features include external reset pin, high-quality 16-bit audio output, and simple and direct user interface.

This chip can record voice without using any software or microcontroller. It provides highquality recording and playback of 20-30-second long voice messages. The chip is ideal for portable voice recorders, toys and other consumer applications. Its other features include no battery backup requirement, low power consumption and automatic power-down for longer battery life.

This powerful audio processor with built-in audio recording microphone amplifier does not require programming. It enables high-quality audio systems with lower bill-of-material costs. Its other features include voice recording for 340 to 680 seconds, and up to 1024 voice sections controlled through five pins only.

It is a multifunctional voice recording and playback chip that can record up to 50 seconds of audio. It can record voice from a distance of up to 5 metres, and can directly drive an 8-ohm, 0.5W speaker. WT588D. It is a 16-pin DIP highquality voice module for Arduino. It has an 8MB storage space and inbuilt 13-bit digital-to-analogue converter. The module provides 12-bit PWM output and supports 6 to 22kHz audio sampling rate, MP3 control mode and control mode button. Its output can directly drive 0.5W, 8-ohm speakers.

Q. How does a wheel-drop sensor work?

A. Wheel-drop sensors are commonly used in robots to detect surface transitions. When the wheel of a robot drops to its lowest position, the robot may react to the wheel drop sensor signal alerting for safety precaution. For example, if the front wheel of the robot goes to a shallow area on the floor, the wheel may drop down but lose contact with the surface. Thus the sensor alerts the robot to avoid going up further or to other undesired floor surfaces.

Similarly, if the robot is moving towards a sloping surface or objects which might not otherwise be detected by obstacle-detection sensors, this sensor can indicate a likely loss of contact and alert the user or robot to take necessary action. A typical wheel-drop sensor is shown here in the figure. 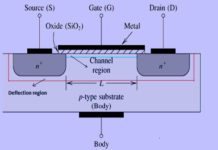 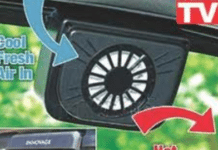 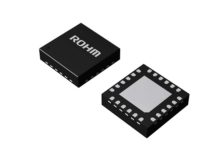 AI, Emerging Technologies Will Replace 69 Per Cent of Managerial Work By 2024: Gartner

Bahrain And Karnataka Join Hands For Cooperation In AI, Fintech And Cybersecurity