Equipment and the challenges

“At present, IRNSS is not common in the market, which is going to change in the coming years.Complete testing and finalisation of the constellation should be done in the next six months and then we should see more IRNSS chips in the market,” says Dr Vyasaraj. After the launch of IRNSS-1G in April, dependence and test cases for the constellation are being run in earnest. Hopefully, in the next few months the system will open for public use.

The challenge when designing the receiver is to keep in mind the form factor along with support for other GNSS systems. “Any manufacturer who has successfully stayed in the market has done so by adopting and developing the latest patterns. Reducing the form factor to the level of wearables while improving accuracy and keeping latest updated support, and reducing cost mechanics, are some of the factors that keep a manufacturer in the market,” according to Dr Vyasaraj.

At present, we have a comparatively large chip for IRNSS receivers where the entire module is tablet-sized. Reduction in chip size with support for other constellations is expected in the near future.

A major deterrent with current chips is the size. With reduction in size compatible with wearables, we have hopes for a more compact system. Let us take a look at how this miniaturisation could happen.

Majority of GNSS modules employ two distinct frequencies to overcome the errors in the received signals due to interference by the ionosphere. With only a single frequency, the difference is of a few metres, which is not an issue with wearables or end users.

On a day-to-day basis, we should be able to track a device to a particular building or a particular street, which can be easily done with the help of a single antenna/frequency module, thus reducing the space required on the module for the other antenna.

With grid based ionosphere corrections, this is significantly reduced. Additionally, Dr Vyasaraj points out, “When we are inside a room, we do not require such high precision as provided by the double antennae system. Here, we can go for the single antenna system and reduce cost and size of the modules”.

Other ways to miniaturise the chipset could come up in the near future so that integration is easily possible into a smartphone or a wearable gadget. 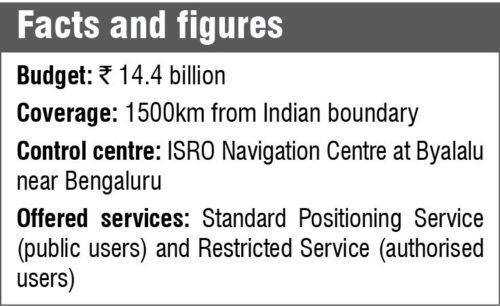 With the added feature of grid based ionosphere-related corrections for removing issues caused due to interference by the ionosphere, this system is at par with GPS+WAAS, Galileo+EGNOS and MSAS systems around the world.

Tracing the track ahead 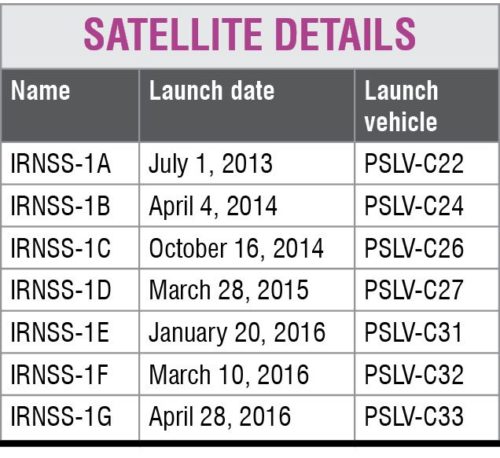 IRNSS is at present in the deployment phase. With heavy R&D in the field of an IRNSS-compatible chip miniaturisation, we will see some excellent IRNSS receiver modules in the coming years. “It will take about two years for the system to be widely popular with the end user. Till then we will see a lot of developments in the area, and by the time the market demand for IRNSS-compatible products increases, we will have a very wide array of products,” adds Dr Vyasaraj.

Development of IRNSS will be an added advantage to the Indian defence systems in preventing another Kargil-like fiasco. With Make in India initiative, development of such chips will take priority, and we will have many indigenous products to work with in the years to come.