The exploding growth of handsets, tablets and the new set of connected devices such as smartwatches, eye-glasses combined with massive, high-bandwidth video usage results in high interference in radio access networks (RANs) and poor spectrum efficiency. Server farms will play an increasing role in future mobile networks but the so-called cloud radio access networks (C-RANs) still face big technical challenges, according to one chip architect working in the area.

In the era of mobile Internet, mobile operators are facing pressure owing to ever-increasing capital expenditures and operating expenses with little growth in income. C-RAN is expected to be a candidate for next-generation access network techniques that can solve operators’ problems. These systems aim to reduce the need to deploy distributed networks of base stations by relying more on central server farms to handle mobile traffic.

C-RAN is a centralised, cloud computing based new RAN architecture that supports 2G, 3G, 4G systems and future wireless communication standards. The name is coined from the four C’s in the main characters of C-RAN system, which are clean, centralised processing, collaborative radio and real-time C-RAN (sometimes also referred to as centralised-RAN). It is the new mobile network architecture for the future mobile network infrastructure, which was first introduced by China Mobile Research Institute in April 2010 in Beijing. It is based on many existing technology advances of wireless communication and optical as well as IT technologies.

As for networks, carriers will have to run optical fibre links at 20Gbps-40Gbps, or more, between remote antennae and server farms in some cases. For small areas such as auditoriums, 10Gbps Ethernet could be adequate. Solution-providers-proven advanced modem processing unit (MPU) solutions and modem programming language (MPL) for baseband and signal processing as a service (SPaaS) application, combined with Xilinx FPGAs and technologies present a fully-virtualised and programmable base station solution that addresses today’s and future RAN requirements.

The virtual base station (vBS) solution is designed in accordance with ETSI NFV framework, which decouples and virtualises all software and hardware resources including base station L1/PHY software, x86 compute and hardware acceleration (HWA) platform to process real-time, signal processing type of workload. It enables realisation of end-to-end, fully-virtualised networks, from core to edge. 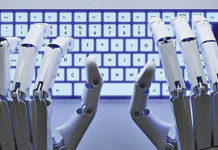