Automation in business is on the rise and there is no sign that it will slow. The cloud, smart phones and other such devices have created a digital mesh, meaning that information is readily available and accessed more easily than ever before. The lines between work and play are now very much blurred, and with this, certain elements of businesses must always stay switched on.

This is where machines step in to save the day. Technology and algorithms can take on routine tasks which relinquish staff from time-consuming and often menial tasks, whilst also maintaining the 24/7 culture of consumption.

Take Amazon for example, the figurehead of consumerism in today’s world. Understanding the importance of automation, Amazon put drones to work in their warehouses 24/7. Their small army of machines is able to deliver goods within Amazon’s colossal warehouses, a task which would otherwise be undertaken by workers – night and day.

But, whilst such automation is an amazing feat of innovation, what happens if the underlying algorithms are incorrect or unable to self-learn? Facebook felt the negative effects of this first hand with its ‘Year in Review’ feature. The campaign displayed images from the past year to remind you of pleasant memories. However, the algorithm which made this possible did not understand context, meaning that some users were presented with ex-partners, horror holidays or even deceased pets. Facebook, rather red-faced, had to reprogram the function when it released ‘On this Day’ so that it could delve deeper and analyse context before posting an image – increasing probability that only good memories were shown.

Facebook’s initial error should strike a fervent chord with businesses. Automation is necessary, but companies must make smart decisions and understand and monitor their algorithms to ensure that they can adapt to the changing context of both the user and machine.

This situation is further augmented by IoT which has given rise to more machine-to-machine conversations. Think about self-parking (or even self-driving) cars, wearable devices and most importantly medical devices that take actions based on a person’s health condition. Facebook’s algorithms have the leeway to make mistakes, but with healthcare there is no room for error. If a device monitoring the heart rate of a person suffering from coronary heart disease relays incorrect information, the consequences could be fatal.

The very nature of automation, however, means that errors are a real possibility as they allow a company to forget about certain processes. An effective analogy is to compare automation to a tap. Most individuals will turn on a tap and expect it to provide water, without thinking about it. Companies act in much the same way, expecting their machines to undertake what they have been programmed to do without the need to oversee them. This mindset could be dangerous. Whilst a human may understand that a context or scenario has changed, and flag this to management, a machine would not. It would simply continue its process despite the fact this may now be incorrect. A company cannot afford to let automation run away from them. Instead, automation must be aligned with business processes and be flexible enough to change as rapidly as the business.

Another factor to consider is that machines connected through IoT present both an insider and external threat. Although we have entered an age where drones may be able to take the role of humans, it is still the case that often we cannot even gift or restrict access for employees to certain parts of the business. With this in mind, how will a company determine whether a machine is accessing only the parts of the network it has been granted permission to? Businesses will naturally monitor their own employees to prevent insider threats. But, machines must also be closely monitored to ensure information is not being leaked.

Insider threats are one issue to consider, but what happens when a company’s machines are compromised by a cyber criminal? If a CTO or CIO does not effectively supervise their technology, a hacker could infiltrate a weak spot and have access to the network – and who would know? Sensitive customer information or confidential data could be redirected through the automation process – and those in charge would be none the wiser. Companies previously had to consider securing just their users, but now they must secure their machines too. A hospital for example now has a hundred things communicating with each other through Wi-Fi, so each and every digital communication has to be secured. 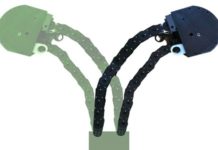 Flexible And Sturdy Robot That Can Extend Itself In Any Direction 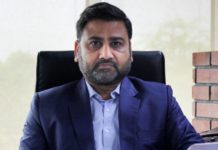