The aim of the innovation action STARTUP SCALEUP is to build a European ecosystem around four consolidated entrepreneurial ecosystems in Spain, The Netherlands, Lithuania and Ireland, together with F6S – the largest social network for Startups in the European Union.

The objective is to provide a greater range and quality of services to ambitious entrepreneurs who want to launch and grow companies focused on the Internet of Things (IoT).

These four ecosystems, who have a track record and complementary strengths, are supporting startups by enhancing the basic business skills of the entrepreneurs to strengthen the sense of businesses.

STARTUP SCALEUP´s tailored 6 month program turned out to be a great success. It´s mix of events and resources both online and at the hubs underpinned the foundation of unique services, experienced mentors, IoT experts, developers, and facilities.

The journey began with the IoT´ers week at your home hub and consisted of an intense schedule of activities, lectures, and workshops that covered all the basics for scaling your business. Monthly events allowed them to make sure they reached KPIs and gave them a chance to meet other teams and developing their product. The program ended at each hub with a local pitching event and best teams will get to participate at one of the largest European IOT conferences – Connected Conference in Paris.

“Thanks to the latest reports of the period, we can say that we have increased the number of funds at an average of 100,000 €,” says Andrés Iborra, Scartup Scaleup Coordinator.

As an example of good communication management, media from all over Europe are echoing our work and we have obtained a quite remarkable repercussion in means, see here a couple of examples:
Dublin Design Studio’s Scriba surpasses €65k Kickstarter goal
Scriba, a unique stylus developed by Ireland’s newest consumer electronics business, Dublin Design Studio, has surpassed its €65,000 goal on Kickstarter. The stylus, designed for creatives, designers and architects to use effortlessly on tablet devices like the iPad, features a flexible and dynamic body and responsive squeeze-motion technology.

Lithuanian Space Startup Nano Avionics gets 2.5M euros of investment
Before launching Nano Avionics, its founders participated in the first successful Lithuanian CubeSat project named LituanicaSAT-1, which was one of the first two European CubeSats launched from the International Space Station. While working on this project in Vilnius University they were able to develop a business idea and business model as well as form a strong team to establish Nano Avionics.

About Startup Europe
Startup Europe is a European Commission initiative that aims to strengthen the business environment for web and ICT entrepreneurs so that their ideas and business can start and grow in the EU. More information at www.startupeuropeclub.eu @StartUpEU 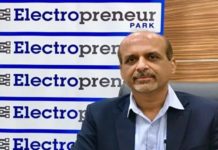 We Help Startups In Every Possible Way During The Incubation Period 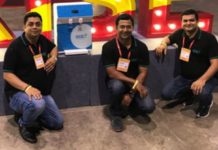