The FIA Formula E season is about to begin again this December, with back-to-back races in Hong Kong on the weekend of 2 – 3 December. Now in its 4th season, the competition has captured the public’s imagination – this being clearly underlined by attendance figures at ePrix staged in cities like New York, Montreal, Monte Carlo and Mexico City reaching 20,000 – 35,000. Major car manufacturers, such as Jaguar, Audi and Renault are already established participants. Following their example, other big automotive brands, including Nissan, Porsche and Mercedes, have now confirmed that they will start entering teams over the course of next few seasons too.

As well as providing entertainment to motorsport fans, Formula E also serves as a valuable test-bed upon which new developments in electric vehicle (EV) technology can be validated. Consequently, it is recognised as being vital to the ongoing progression of the automobile sector, as an increasing proportion of vehicle models produced will rely on EV powertrains in the future, rather than internal combustion engines. The innovations being made by the teams involved, in relation to areas like the constituent battery and motor technologies, will bring about advances in the long term to mass-market EVs travelling on our roads – enhancing performance, extending the range that can be covered and increasing the speed with which charging cycles can be completed.

Harwin has played an integral part in Formula E from its inception. As in other forms of motorsport, the demands that are placed on the connectors and cabling are extreme – with exposure to high levels of shock and vibration, as well as rapid acceleration and elevated temperatures all needing to be taken into account. In some respects the application environment into which such components are placed can actually be tougher than in F1 for instance. City circuits are often used for ePrix, which are not as smooth as purpose-built racetracks. Furthermore, the tracks are a lot tighter, thereby making the forces exerted on the race cars even greater. Also the resulting congestion at key points on the circuit means that there is increased likelihood of collisions.

Maximising energy storage has been the fundamental challenge for Formula E teams’ engineering staff. Preparations are already underway for the 5th season, as this will take things to a whole new level. From that point onward, rather than drivers starting the race with one fully-charged car then switching to a second one halfway through, the drivers will go from start to finish in just one vehicle. This radical change will call for sizeable increases in the efficiency of the cars’ powertrain and significant boosting of the energy density when it comes to the batteries employed.

With the new single car race format on the horizon, Formula E teams need to look to their component suppliers to help them raise operational performance benchmarks. Due to their lightweight (yet still robust) construction and compact form factors, the products in Harwin’s Gecko series have been utilised in Formula E vehicle designs since the very first races. Among the key locations in which these connectors are deployed are the battery packs where energy is stored and the power monitoring systems that log data on each race car’s charging/discharging activity. Gecko connectors can withstand 20g vibration, 100g shock and 50g acceleration. These inherently rugged components are tested to maintain their operational integrity at temperatures of up to 150°C for periods of 1000 hours. As a result, they deliver the reliability characteristics needed to ensure continued operation even as power densities in the race cars are ramped up and available board space becomes yet more constrained when the 5th season of Formula E begins next year. 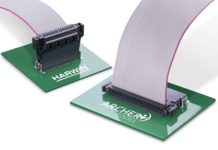 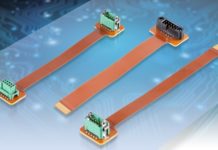 Highly-Reliable Connectors With FPC Assemblies For More Board Space 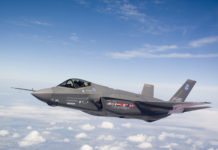