LASI can create and arrange polygons corresponding to regions like metal interconnect and drain to create each device in the IC or any other design, which makes it a versatile and a general-purpose tool for design and layout. It is a free software tool and is used mainly for educational purposes. 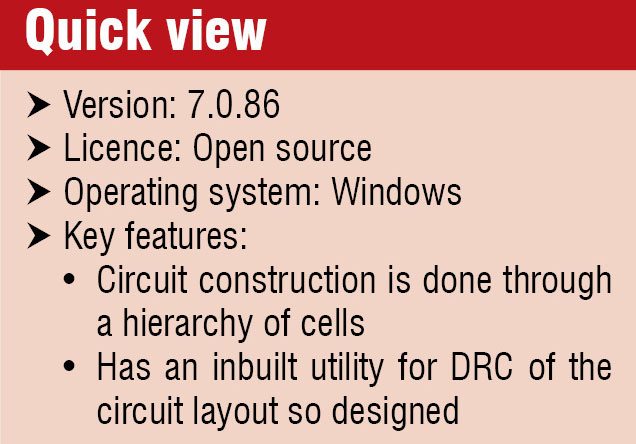 Although the current version of this tool can work on all different versions of Windows (XP, Vista, or Windows 7 or 8), its initial version was written in MS-DOS. This initial version was the simplest version available till the advent of Windows operating system (OS). Now, this does not mean that you cannot work with LASI on any other OS. Remember, technology has improved and is improving every minute. You can even use a virtual Windows OS on your main OS to install and use LASI.

Another benefit that LASI offers is portability. You can install this software either on a flash drive or any removable drive and work on drawings saved on the same drive. Portability of tools allows you to work on any PC. Layouts thus created can be transferred to other systems in the most-commonly-used graphic format in electronics called graphical database system (GDS).

Cell transportation
LASI follows hierarchy in layout and design. It builds drawings from hierarchical cells that are stored as individual transportable layout cell (TLC) files or transportable LASI drawing (TLD) files. These drawings or layouts are saved as text files with TLC extensions. These TLC files contain references of other cells but not actual layout of the referenced cell.

In order to find the hierarchy of cells, TLD files are used. You can generate a TLD file using Export command by selecting the name of the TLD file, the cell and the location at which the TLD file is to be saved.

Although it is essential to generate TLD for identifying hierarchy, LASI needs TLC files for editing, where a TLC file gets updated every time Save is pressed, leaving behind the TLD file unchanged.

Now, if we want to edit a previously-created diagram, we need to use Edit-in-Place (EIP) mode, where modification will take place based on hierarchy. It works with the use of Cget command, after which Ctrl key on the keyboard and Load on the software needs to be pressed. This allows cells in the lower ranking to be modified with respect to objects from the cells in the higher ranking.

Utilities add to LASI
LASI has several utility programs like crystallographic information file (CIF), drawing exchange format (DXF) and GDS format converters, along with a user programmable bitmap based design rule check (DRC), Spice netlist compiler and a basic matrix router. Spice netlist compiler in LASI extracts Spice circuit files from both the layout and the schematic but never simulates these. So, at times LASI can be considered a compiler but never a simulator. 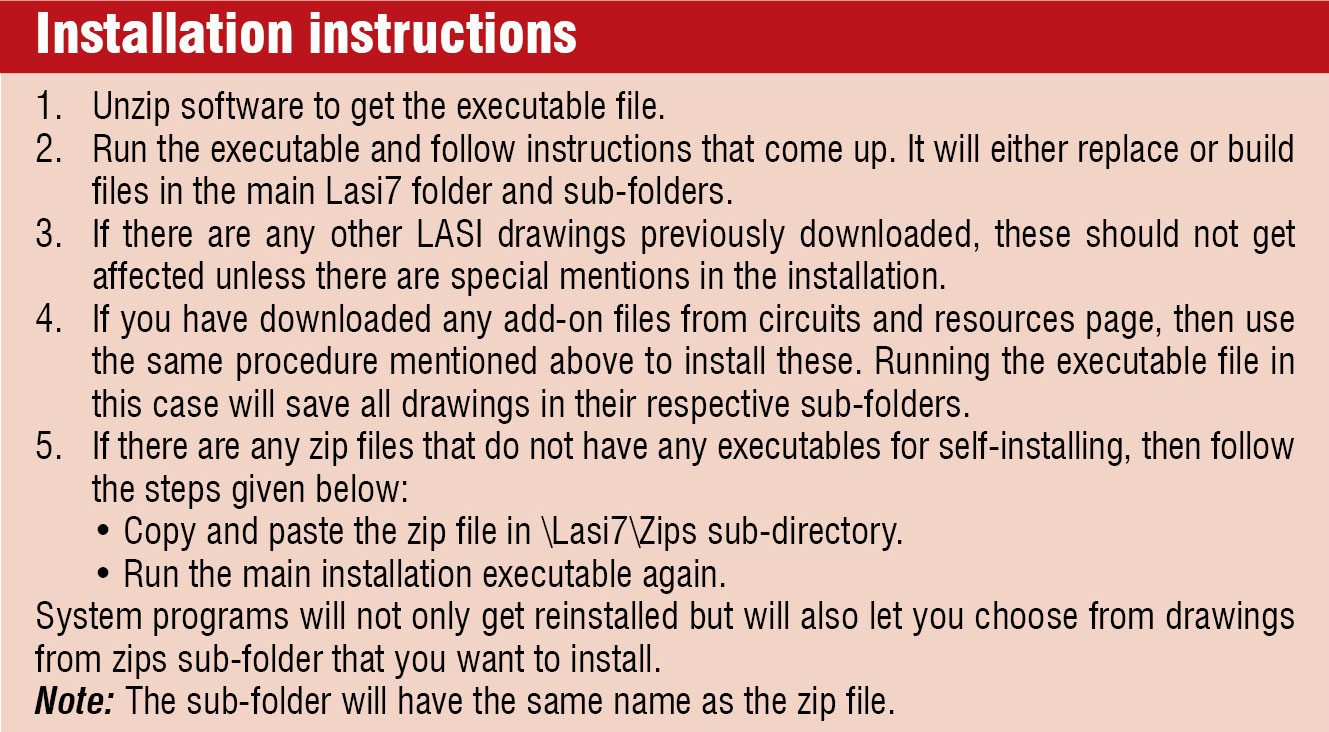 DRC, on the other hand, proves to be an added advantage for LASI. It becomes quite hectic to design a layout with one tool and then use another tool to check it. LASI has LasiDrc for this, which runs DRC on the file name thus selected and then identifies errors, if any. Pressing esc on the keyboard can abort this program anytime. The only point to make note of is that the correct file name should be associated with DRC.

Some more features
LASI was originally designed for the complementary metal oxide semiconductor (CMOS) logic circuit layout but as discussed before, the current version of this tool is not limited to CMOS and is versatile. Other than versatility, LASI has a few more features that can be counted as benefits.

Usually, we do not have any choice over OSes for CAD tools but a 64-bit Windows OS is always considered the best choice because of its large addressing capability. On top of that, using CAD tools for educational purposes is quite difficult. LASI proves that it is not the same for all CAD tools. If you are working with LASI, you do not need to be an expert on technology, but you just need to consider IC design as art.

Users’ reviews
Users’ reviews account for a lot when finding out about the importance, usage and working experience of a product. This applies to software tools as well, especially when these are design tools and available free of cost. Also, selection of the correct design tool at the correct price is quite difficult these days.

A user at www.researchgate.net/ suggests LASI to another user for designing a lithography mask in micron scale because of its ease of use and the large number of tutorials available for support. Whereas another user, who appreciates LASI as freeware, suggests that it requires more learning time than other layout editors.

However, a user on www.memsnet.org informs he has used LASI exclusively when he was still in college and claims it to be a great program.