The Sage Who Made Scientific Computing Transparent And Affordable

Do you remember Julia, a dynamic programming language for technical computing. Now, let us have a look at SageMath (previously known as SAGE, an abbreviation for System for Algebra and Geometry Experimentation), a cross-platform, python based computer algebraic system for scientific computing. The latest stable release of this software, version 6.9.

Borne out of the frustration of a teacher
William Stein, who was then assistant professor at Harvard University, was unhappy with commercial mathematical software. The frustration was two-fold; one, the huge licence fee charged by commercial giants like MATLAB, Mathematica, Maple, Magma and others, and second, unavailability of the code.

As the code is hidden from the user, mathematicians were not able to cross-check and understand how the computer arrived at such a solution.

When Stein started designing SageMath, he quickly realised that there are a lot of mathematical software for various applications available as open source. Rather than reinventing the wheel, he only needed to integrate all of these into a common interface. For this, he chose Python environment. However, the software has since evolved to get thousands of unique lines of code providing new functionalities, apart from just providing a common interface. 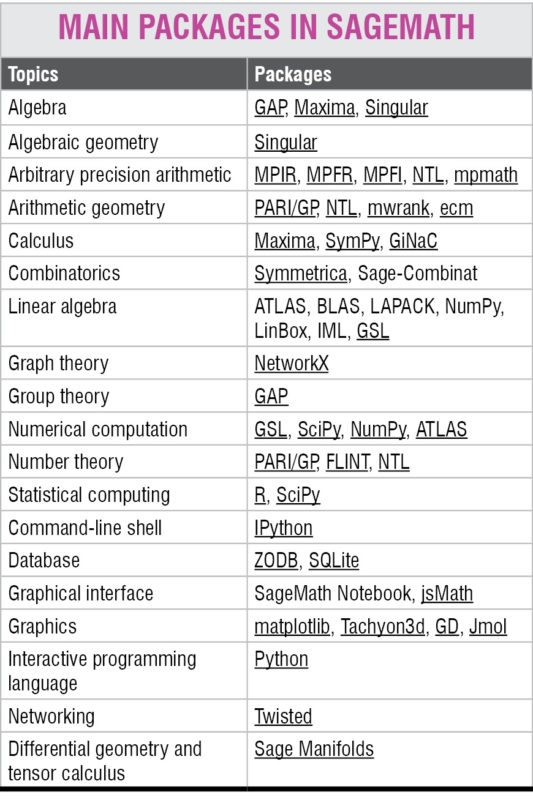 Some noteworthy features
SageMath software provides a unique environment for the computation and visualisation of scientific data. Two-dimensional and three-dimensional graphs of symbolic functions and numerical data can be made. Some interesting features are: