Everything You Wanted to Know About Modern Sensors

Various types of sensors are encountered everywhere by us every day. Modern sensors need not be new types of sensors based on new technologies, but surely these are made using modern engineering practices and precision manufacturing. These sensors are used in modern systems like car dashboards, mobile phones, personal computers, tablets, modern telephones, home communication systems and office access systems. Some of these are not sensors but are transducers (for data-to-electrical or electrical-to-electrical conversions) instead. 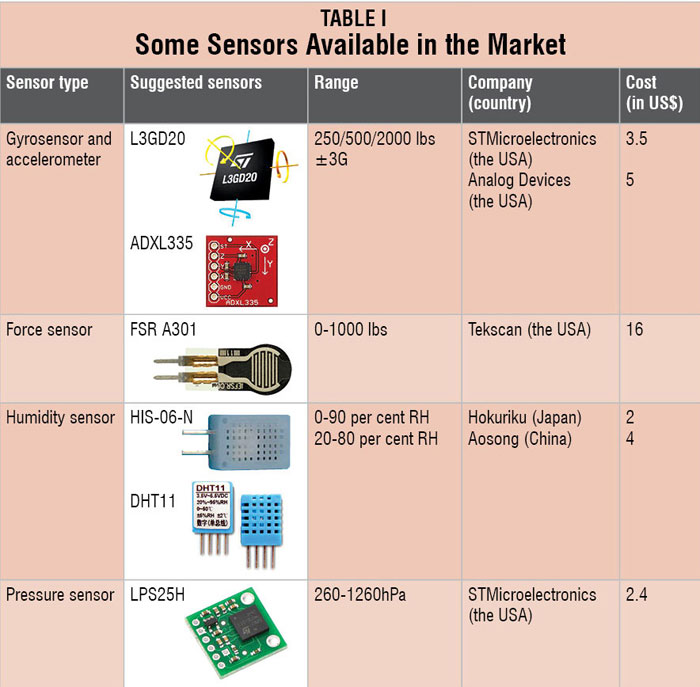 MEMS sensors
These are very small devices whose components are one micrometre to 100 micrometres in size. There are plenty of such devices or sensors that have from very simple structures without any moving elements to complicated and complex structures with many moving particles managed in microelectronics. At this micrometric scale, the weight of particles (gravitational force) is irrelevant as compared to other forces, like those caused due to the coefficient of linear expansion due to small temperature changes or molecular absorption from surrounding media (like air) creating molecular forces of attraction/repulsion, resulting in bending of tiny cantilevers created by deposition in microelectronics.

An MEMS must have at least one mechanical element or functionality in the component or device. Sensors obeying above-mentioned conditions fall under MEMS.

Mechanical interfacing or functionality of sensors may also be categorised under transducers. There are several microelectronic transducers such as accelerometers, gyrosensors, pressure sensors, humidity sensors and gas sensors.

Gyrosensors and accelerometers. Gyrosensors are those that are used to calculate the angular motion or displacement presented in the form of digitalised data. Their main principal of working is to measure angular movements with respect to time, that is, axial measurements on X, Y, Z axes. As angular movements come under mechanical property and finally we restrain results in the form of digitalised data, these are labelled as MEMS sensors.

Another functionality of these sensors is that these act as temperature sensors. These are advantageous over other sensors and are helpful for developers who need both the sensors, since these have dual functionality, as temperature gyrosensors. Such sensors have many applications; these can be used in GPS trackers, digital compasses and as gravity sensors.

Force sensors. Force sensors are the best examples of MEMS technology. These sensors convert the change in force applied at the sensing area into changed electrical signal. These sensors are also called force sensing resistors (FSRs). These are used in small weighing machines and robotics applications such as artificial robotic hands, among others.

Humidity sensors. These sensors measure the surrounding air and, with calibrated-equivalent digitalised signals, provide atmospheric temperatures. These are based on the principle of absorption of gas in surrounding air, which in the absence of gravity can bend the microscopic cantilever, causing a change in the resistor doped on it, which is sensed electrically. These are mainly used in places such as power plants, mines, dockyards and green houses.

Pressure sensors. These are the most intelligent sensors and are used for measuring applied pressure which gets converted to voltage. There are numerous applications of these sensors, like bending of material where pressure is created within the material. Hence, by using these sensors we can find the breaking point of a material (maximum pressure that can be handled by the material) for quality assurance. These sensors are used in medical applications such as blood pressure measurement, industrial measurements, robotics, measurement of pressure in valves and in automobile manufacturing industries.

Touch sensors
Modern computers and electronic devices are touch based. Touchscreen technology is increasingly gaining popularity as can be seen in case of ATMs, mobile phones, information kiosks and vending machines, to name a few. Touchscreen based systems allow easy navigation around GUI based environments. There are several uniquely different types of touchscreens; the five most common types are 5-wire (or 4-wire) resistive, surface capacitive, projected capacitive, surface acoustic wave (SAW) and infra-red (IR).

Wire resistive. A resistive touchscreen monitor (Fig. 1) has a glass panel and a film screen, each covered with a thin metallic layer of indium-tin-oxide (ITO) separated by a narrow gap. When a user touches the screen, two metallic layers make contact, resulting in flow of current. The point of contact is detected by the change in voltage. Resistive touchscreen panels are generally more affordable but offer only 75 per cent clarity, and the layer can be damaged by sharp objects.

The primary difference between 4-wire and 5-wire touchscreen is, in case of 5-wire, one wire goes to the coversheet, which serves as the voltage probe for the screen.

Surface capacitive. In a surface capacitive touchscreen monitor (Fig. 2), a transparent electrode film is placed on top of a glass panel, which has a protective cover. When an exposed finger touches the monitor screen, it reacts to the static electrical capacity of the human body; some of the electrical charge transfers from the screen to the user. This decrease in capacitance is detected by sensors located at the four corners of the screen, allowing the controller to determine the touch point. Capacitive touchscreens can only be activated by the touch of human skin or a stylus holding an electrical charge.

Projected capacitive. Projected capacitive (Fig. 3) is similar to surface capacitive but offers two primary advantages. In addition to a bare finger, it can also be activated with surgical gloves or thin cotton gloves, and it enables multi-touch activation (simultaneous input from two fingers).

A projected capacitive screen has a sheet of glass with embedded transparent electrode films and an IC chip, which creates a three-dimensional electrostatic field. When a finger comes in contact with the screen, ratios of electrical currents change and the system is able to detect touch points.

Surface acoustic wave. SAW touchscreen monitors (Fig. 4) utilise a series of piezoelectric transducers and receivers along the sides of the monitor’s glass plate to create an invisible grid of ultrasonic waves on the surface.