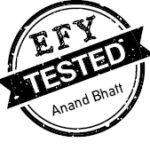 This simple security alarm circuit can help you secure your bike or scooter. It raises an alarm if someone tries to drive away your two-wheeler. You just need to connect the circuit to the vehicle’s wheel (preferably front wheel) through a thin flexible wire that can break easily.

Connect the bike’s wheel to the circuit with the wire in such a way that when someone tries to steal the bike, the wire would break. When that happens, the speaker in the circuit would generate a machine-gun sound, or some other alarming sound, and alert everyone around.

Normally pin 2 of UM3562, along with trigger pin 4, is used as a tri-state selector switch that helps generate three types of sound. When pin 2 is low, a special kind of pulsating sound is generated. When it is connected to 3V, it generates a rifle’s firing sound. When this pin is in floating condition (unconnected), it generates the machine-gun sound.

In this design, pin 2 is kept in low state by making trigger pin 4’s state low. When the wire connecting the circuit to vehicle’s wheel breaks, machine-gun sound is generated. The machine-gun’s shooting rate (sound) can be adjusted through preset VR1.

IC UM3562 works on 2.4 to 3.6V, so normally it uses a 3V battery for operation. In this circuit, 9V battery voltage is reduced to the required level by R2 and ZD1. The 9V battery helps in producing a louder alarm sound from loudspeaker LS1.

Output of the UM3562 at pin 5 is in audio range. The two transistors T1 and T2 used as a Darlington pair amplify the sound.

Working of the circuit is simple. After connecting the circuit to bike’s wheel, switch on S1 to enable the circuit. This readies the circuit to protect the bike. When someone tries to drive away the bike and breaks the wire, loudspeaker LS1 sounds an alert to let you know someone is trying to steal your bike.

A single-side PCB for the bike alarm is shown in Fig. 3 and its component layout in Fig. 4. After assembling the circuit on PCB, enclose it in a suitable box. Connect the flexible wire tightly to the bike’s wheel such that it would break if someone turns the bike’s handle to drive it away.

After connecting battery to the circuit, switch on S1 and hide the assembled unit somewhere in the bike (say, under the spare tyre). Fix the thin flexible wire in such a way that it will definitely break when someone turns the vehicle’s handle to move it. The author’s prototype wired on a general-purpose PCB and fitted in a plastic box is shown in
Fig. 5.

BONUS. You can watch the VIDEO of the tutorial of this DIY project at: https://www.electronicsforu.com/videos-slideshows/live-diy-security-alarm-scooty-bike

S.C. Dwivedi is an electronics enthusiast and circuit designer at EFY

A Simple But Versatile Musical Horn