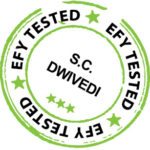 This circuit can come in handy when you are camping in a remote area where there is no electricity available to charge your mobile phone’s or tablet’s battery. If you can make tea or light a fire, you can as well charge your device using this circuit. It uses a simple thermoelectric device.

A thermoelectric generator (TEG), also called a Seebeck generator, is a solid-state device that converts heat (temperature differences) directly into electrical energy through a phenomenon called Seebeck effect (a form of thermoelectric effect). A TEG functions like a heat engine.

Consequently, a thermoelectric module may be used for both heating and cooling, thereby making it highly suitable for temperature control applications.

Working of the DC to DC boost converter module is based on pulse frequency modulation (PFM) technique.

A PFM converter has an alternative DC to DC power converter architecture that uses a variable-frequency clock to drive power switches and transfer energy from input to output. Because the drive signal’s frequency is directly controlled to regulate the output voltage, this architecture is referred to as PFM. DC to DC converter with constant-on-time or constant-off-time control is a typical example of this architecture.

In the circuit diagram, the positive terminal (red) of TEG module is connected to the PFM module through polarity-guard Schottky diode D1. Buffer capacitor C1 is connected across the converter module to get a USB-standard 5V DC output through its USB (A-type) connector. You can use a standard mobile phone data cable to charge your phone from the output of this convertor module. Fig. 3 shows a typical arrangement for generating electricity using TEG module.

PowerPot concept of generating electricity through a TEG is demonstrated in this project. PowerPot is a thermoelectric generator that has no moving parts or batteries. Since the thermoelectric technology is built into the bottom of the pot, it can produce electricity from a wide variety of heat sources.

Simply add water and place PowerPot on fire (created by using either wood, propane, butane, alcohol or gas). It will start generating electricity within seconds. Plug in a high-temperature cable to the back of the pot and your USB device will start charging.

The larger the temperature difference between the water in the pot and the bottom of the pot, the more electricity the PowerPot will produce. For example, melting snow in PowerPot is a great way to generate electricity, because snow is much colder than a flame. However, you do not have to worry about over-powering your device, because PowerPot has a built-in regulator, which ensures that you charge your USB devices safely.

The regulator outputs five volts (USB-standard) and up to 1000 milli-amps of current, which is the most any smartphone/MP3 player can handle. This means that, when you are charging your USB device with PowerPot, you will get the same charging power as you would from your wall outlet charger at home.