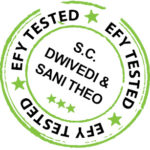 Presented here is a digital clock that also functions as a rechargeable light lantern and a mobile charger. The digital clock has all the basic functions like date-time display, alarm and room temperature display. It is powered by a lead-acid battery, which can be recharged through solar power or mains power supply. So the clock never runs out of power.

The digital clock is provided with a female USB socket, which can be used to charge most of your mobile phones and gadgets. Its dedicated battery charging and load cut-off circuitry takes care of the battery through exact charging topology and prevents it from getting over-charged or under-charged.

The functional unit of the digital clock is divided into power unit and main clock unit. Block diagram of the power unit is shown in Fig. 1.

The power unit provides continuous power to the digital clock and other circuits. Its lead-acid battery can be charged through solar power or AC mains power. The battery management circuit is designed to accept power from two sources at the same time but gives priority to the mains power. So if the solar power is low or unavailable, users can plug the battery into the AC mains wall supply to charge it.

A solar photovoltaic panel is used to directly convert solar light and heat energy into electricity. To harness AC mains power for the circuit, a step-down transformer is used. It converts high-voltage AC into low-voltage AC. This AC voltage is rectified and converted into DC, and then further smoothened by using capacitors as low-pass filters. After this, the power becomes acceptable for the battery management circuit.

The lead-acid battery is directly connected to the battery management circuit, which takes care of battery charging with charging voltage and current maintained to acceptable limits. This ensures longer battery life, capacity and optimal usage.

Block diagram of the main clock unit is shown in Fig. 2. The microcontroller in the circuit keeps track of all the sensors and switches connected to it, makes decisions and calculations, and finally updates the display section. In this section, the non-current-limited 5V rail from the power section is converted into 3.3V rail via a 3.3V LDO voltage regulator (UCC383) that powers the microcontroller and other peripherals.

To sense the room temperature, a temperature sensor is used. Its output is an analogue signal proportional to the temperature. This signal is fed to one of the analogue-to-digital converter channels of the microcontroller. The user inputs are sensed by three momentary push-to-on switches, which are used to set/check various parameters of the digital clock like alarm, date, etc.

Time keeping is done by a separate real-time clock (RTC) chip that is interfaced to the microcontroller via I2C bus. The RTC is also powered by a backup battery, which keeps the time running even if the AC mains power fails.

The display section comprises four 7-segment displays, which are multiplexed to efficiently use the limited pins available on the microcontroller. The two centre LEDs between the two pairs of 7-segment displays are driven by the RTC clock. An RGB LED is used to display AM/PM and date. Finally, a buzzer is used to acknowledge pressing of the user button and provide alarm indication.

Power unit. Circuit diagram of the power unit is shown in Fig. 3. Here 230V AC mains is first converted into 12V AC using a step-down transformer. This 12V AC is converted into around 17V DC using diodes D1 though D4 in bridge configuration. This DC is further smoothened using a 1000µF electrolytic capacitor (C1) that acts as a first-order low-pass filter. Ceramic capacitor C2 is used for further stability of the 7812 regulator (IC1).