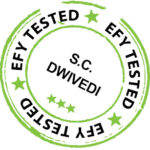 Some advantages of this portable emergency light are:

The author’s prototype of the portable emergency light using a power bank is shown in Fig. 1.

The circuit diagram of the portable emergency light is shown in Fig. 2.

In this circuit, one USB output port of the power bank is used. Output port has 5V(+V) and GND(-V) terminals.

The DC bulb gives sufficient illumination at 12V. So, boost or step up the voltage from 5V to 12V using a suitable boost converter circuit. The boost converter module should be connected between the USB and the DC bulb (B1), as shown in Fig. 2.

A power bank is used as the main source for this circuit. Power banks are popular for charging smartphones and other devices. These have rechargeable lithium-ion or lithium-polymer batteries installed on a control circuitry on the PCB, which is enclosed in a protective casing.

A boost converter is a DC-to-DC converter with an output voltage greater than source (input) voltage, and output current lower than source current. Here, an MT3608-based converter module is used (Fig. 3).

It boosts the voltage up to 28V, and its current rating is 2A. In this circuit, boost converter output is adjusted to 12V.

A 5W, 12V LED bulb is used in the prototype. However, any other DC bulb or 5W LED lamp can be used.

A power on/off switch (S1) is used to provide power to the emergency lamp.

After assembling the circuit, enclose it in a suitable plastic case. For testing, connect the power bank to the booster module through the USB connector and then turn on the bulb using S1.