Wearable AC/Heater For Both Hot and Cold Environments

During summer, we all try to stay away as much as possible from excessive exposure to the sun that can cause heatstroke. Since it’s not possible to carry fans and air-conditioners (ACs) everywhere to cool ourselves, our bodies struggle to maintain an ideal body temperature.

To solve this problem, I have conceptualised a prototype of a small AC that uses a thermoelectric module based on the Peltier effect. The small AC can be worn on hands for absorbing heat from our skin and thereby cool our bodies.

The wearable device is also suitable for detecting the body pulse rate. The device absorbs the heat from our veins to cool down the flowing blood. That cool blood then passes through different parts of the body while another stream of blood flowing under the wearable device gets cooled. In this way, blood circulation occurs, resulting in body temperature regulation in a matter of a few seconds.

The wearable AC is not only useful in summer but also winter. By changing the polarity of the thermoelectric device, it will start to heat rather than cool our bodies.

So to create this exciting project, let’s start by collecting the following components.

Here, the 3D design of our device consists of a body heat-regulating system and a battery. It has vents at the top to release hot air. You can modify the device and add sensors for measuring the body pulse rate. 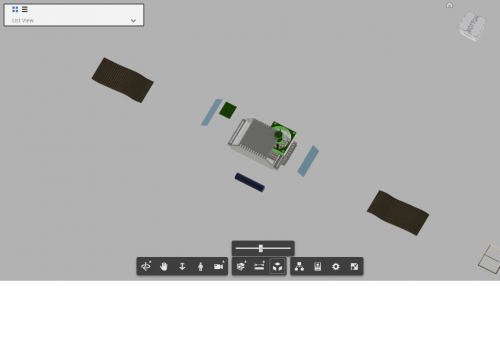 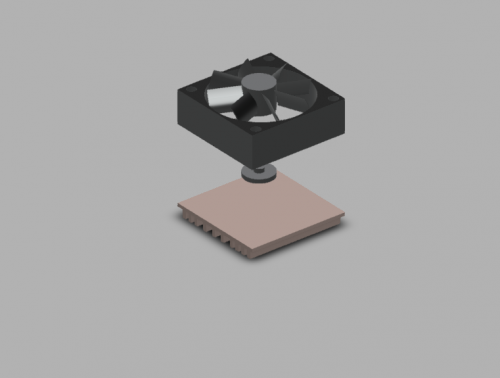 To begin constructing the device, first, connect the thermoelectric module and battery to a small fan.

Next, assemble all components, including the fan inside the thermoelectric module such that it stays in direct contact with the skin for absorbing heat from the human body (see above figure).

For the device’s cover, use cardboard or a 3D printed material. You can also customise the design as required. Download the CAD file that will help to design the enclosure.

After designing, fix a leather belt, chain or any other comfortable band for wearing the device on your wrist. 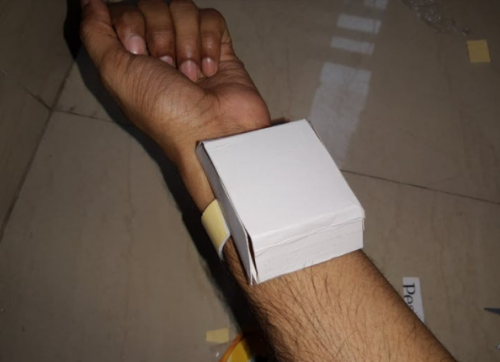 The wearable is ready for use now. To make it more innovative, you can modify it further. Here is an idea for making a body temperature regulating AC.

For this, you will need the following components.

Connect the LM35 and MAX30100 with the Arduino Pro Mini pins. Then connect the MOSFET with the thermoelectric module and Arduino, and connect the whole circuit to the battery.

Make sure both sensors are visible through a square opening so that they can read the body temperature and pulse rate. 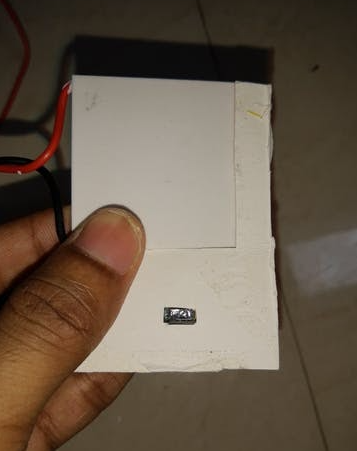 Upload the following code to Arduino, which will check your body temperature and pulse rate and send it to your phone. 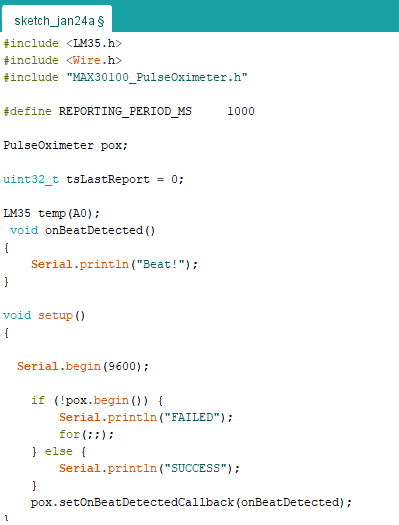 To develop an app for the device, use Kodular and create a layout as shown in the pic below. Add the following components to the layout.

Now join the code logic blocks as and export the APK for installing the app on your phone.

When the app connects to the wearable device, it will start to show the health of the wearer and also save it as a text file for tracking the body temperature. When an irregular heartbeat is detected, the device notifies you and suggests you perform a soothing activity such as meditation.

When the device detects a sudden temperature rise, it automatically begins to cool your body by triggering the thermoelectric and fan module, bringing down the temperature within just 30 seconds.

Note: The above device hasn’t been tested. I hope you will improve it. Let me know about it in the comments.