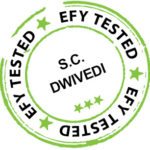 A lot of remote sensing thermometers have a problem with measuring more than one temperature at a time. To overcome this problem, a different technique is adopted here, which allows you to sense eight (at the most) transducers at a time.

Block diagram of the wireless addressable digital thermometer is shown in Fig. 1. At the transmitting end, an 8-bit analogue-to-digital converter (ADC) continuously scans and converts signals from eight different temperature sensors. The sensors are selected sequentially by a 3-bit binary addressing system. At any moment, output of the ADC is an 8-bit binary number representing the analogue signal developed at the output of a particular temperature sensor, being addressed at that moment.

By using special parallel-to-serial encoders, this 8-bit data, along with the binary address of the sensor, is sent serially to the remote receiving end. Communication between the two ends are met with the help of a pair of 433MHz UHF transmitter and receiver modules operating in ASK/OOK mode.

At the receiving end, the transmitted signal is received by a 433MHz ASK/OOK RF receiver module. The received 8-bit serial signal is then converted back to its original parallel form, by using special data decoders as explained later. An equivalent analogue signal is then developed from this data by an 8-bit digital-to-analogue converter (DAC). A digital multimeter connected at the output of the DAC is used to show the temperature on mV scale.

Scanning of sensors is governed by a 3-bit binary counter, which places, in a cyclic fashion, sequentially-changing binary numbers from 000 to 111 on the three designated scanning input lines, A, B and C, of the ADC. Each number bears the binary address of a particular sensor, and whenever addressed, the sensor sends data to the ADC for conversion to its digital equivalent.

Here comes a problem. Due to continuous scanning of sensors by the ADC, received data may come from any one of the possible eight sensors. Hence, for proper identification of a source sensor, specific 8-bit binary number (address) is tagged with the 8-bit signal output of each sensor, prior to transmission. Special data encoders are used for this purpose.
The encoder used in this system can send only four bits of the 8-bit sensed data at a time. Hence, the sensed 8-bit signal from the ADC is first broken into two nibbles of four bits each. The nibbles are then sent, one after the other, repeatedly to the receiving end, after attaching the said 8-bit address to each of these by the said encoders.

Among the total eight bits of the address word, three are scanning bits, as explained above, and fixed for a particular sensor. The remaining five bits are manipulated to designate two different addresses to two different data nibbles. These five bits, once set, must remain set forever. So, during scanning of sensors, although the logic levels of A-B-C scanning input lines of the ADC go on changing sequentially from 000 to 111 in cyclic order, the said five other bits of the address word remain fixed to their preset value. As a result, different sensor output is allotted with different 8-bit addresses to both nibbles. This is true for all eight sensors.

At the receiving end, after detection, sequentially-received two pulse trains for two nibbles are fed to two special decoders. Like encoders, decoders, too, have pre-settable eight address lines. If at any time, the preset address of a decoder matches with the instantaneous address of an encoder, the decoder decodes the received signal and extracts the 4-bit data sent for it, and consequently places the same on its four output lines.

The 8-bit output data (4-bit plus 4-bit) from the two decoders are fed to an 8-bit DAC. The DAC in return generates an equivalent analogue current. This current, when allowed to flow through a resistor, developes an analogue voltage (negative with respect to ground) across it. This analogue output of the DAC is measured with the help of a digital multimeter.

Transmitter. Fig. 2 shows the circuit diagram of the transmitter unit for the wireless addressable digital thermometer. Eight LM35 IC temperature sensors (IC9-IC16) are connected to IN0-IN7 inputs (pins 26 to 28 and 5 to 1) of ADC 0808 (IC3). Although the ADC is capable of accepting a total number of eight sensors through its eight input lines, less number of sensors could be used as well as, whenever desired. IC 7404 (IC1) configured as a CMOS oscillator with the help of resistors R1 and R2, and capacitor C1 feeds the ADC with necessary clock pulses required for conversion processes.