New routers, tablets, laptops, phones and other Wi-Fi enabled devices will all come with Wi-Fi 6 support. As we consume more bandwidth-demanding applications, both sender and receiver devices must support Wi-Fi 6 for faster speeds and reduced congestion.

From homes and offices to such public places as railway stations, airports and hotels, Wi-Fi technology connects multiple devices within its range to the Internet. With Internet users rising globally, pressure on networks increases since a higher number of devices communicate on the same channel in the allotted spectrum (2.4GHz and 5GHz), which results in performance degradation. 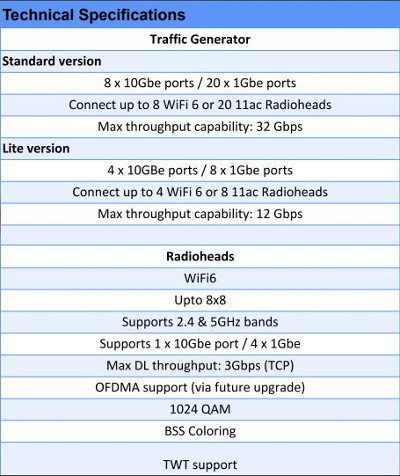 In the latest generation of Wi-Fi (802.11ax), that is, Wi-Fi 6, one wireless access point or hotspot can connect a larger number of devices and still ensure an average performance all the time at a lower capital expenditure as compared to earlier generations. Through orthogonal frequency-division multiple access (OFDMA) feature, multiple clients can transmit or receive simultaneously, which improves client availability and throughput, while decreasing latency and power consumption.

When a device checks whether there is an ongoing transmission on the channel, it instantly transmits either when there is no signal or when there is a weak signal indicated by a different colour according to Basic Service Set (BSS) colouring scheme. Target wake time (TWT) feature is used for communicating with the access point when devices are going into inactive or sleep mode for a pre-defined time period. While deployment process remains the same, it is still crucial to test whether deployed WLAN/Wi-Fi equipment can fulfil the increasing demands of users for Internet in real time.

Alethea Communications, a Bengaluru-based company focused on broadband technologies, has developed WiCheck 6 – a test solution for next-generation WiFi. This is the latest product in their WiCheck series of Wi-Fi multi-client simulators.

Ramakrishna Chikkala, product director, Alethea, says, “To put it simply, you can replace an office of hundred laptops connected over Wi-Fi with SWAT WiCheck 6 box and it will
act like a hundred devices on its own. It can even simulate the behaviour of all hundred so-called virtual devices. With our product, you can just do what you would do in a real-life scenario like browsing, sending emails, watching videos on YouTube, etc at the click of a button. And on network side, everything gets exercised laptops, phones and other household devices would have done on the network.

Alethea considers their QA to be the most important function and its products are tested to run continuously for up to 1000 hours their labs.They have invested heavily in terms of people, equipment and processes. The product validation and quality control team ensure that the product has negligible defects. For WiCheck 6 also, all the research and development was done in-house in Bangalore. Equipment is benchmarked regularly with multiple access points available in the market. The company also ensure interoperability with pre-release products made available by some of our major customers

The traffic generator for putting traffic on the network is available in both standard and lite versions. The radio heads support BSS and TWT features for mitigating co-channel interference and reducing power consumption for longer battery life, which is especially advantageous for all types of Internet of Things (IoT) devices.

Benefits of WiCheck 6 include a scalable number of clients that behave like real users, ability to run most applications, extendable and repeatable tests, and flexible GUI that lets users test all capabilities, traffic and user experience models with least effort. Chikkala adds, “Our product is small enough to be carried along. Besides, it is easy to use. You have to just open your browser and then you can control WiCheck 6 box. It can be used by people deploying Wi-Fi 6 network anywhere for testing deployment before real users really come into, say, the stadium or hotel.” 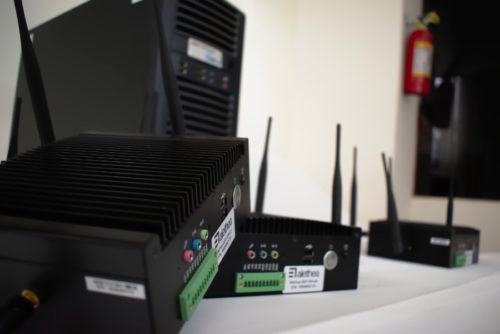 A lot of the hardware – both access points and devices – in the market is pre-standard and may not support all the features completely. The whole ecosystem should stabilize within a few months, once the standards are made official.

“We have to prove our product against multiple devices in the market and that is an ongoing challenge. So we work closely with our lead customers, try to analyze the problems we come across together, and move ahead. Unless test equipment is up and running, the quality of products in the market will not be up to expectations. So we are all working to address that gap.

“From a standards perspective, we keep ourselves of the latest releases from WBA, and in addition, work to address the unique features and capabilities our customers are working on. As our customers rely on us, SWAT WiCheck 6 has to be far more stable than anything else out there in the WiFi world.”

“Since it is test equipment, there are no specifications as such because people are going to use this equipment to test their network. As customers rely on us, this has to be far more stable than the network that we are testing, and we are not supposed to fail.

“Also, a single device might be at least initially more expensive than before. Although, like all new technologies, over time, this too will average out.”

In the pre-launch, the company gave demos and worked on manufacturing. New routers, tablets, laptops, phones and other Wi-Fi enabled devices will all come with Wi-Fi 6 support. As we consume more bandwidth-demanding applications, both sender and receiver devices must support Wi-Fi 6 for faster speeds and reduced congestion. This calls for the manufacture of more such test equipment.