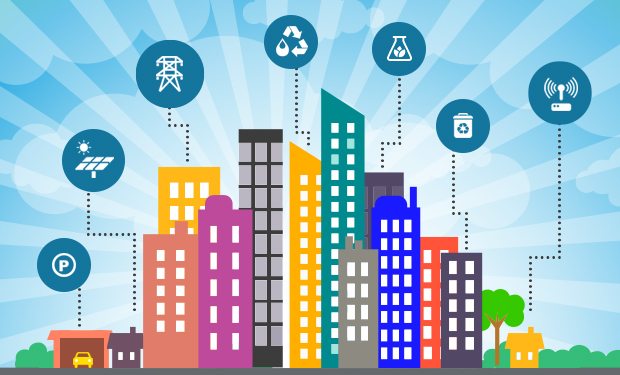 If you thought that the word ‘smart’ has really added value to the concept of smart cities announced by our Prime Minister Narendra Modi last year, then you could think again, as these smart cities still have nagging technical issues that need to be addressed on an urgent basis.

Experts feel that deployment of the Internet-of-Things (IoT) and smart concepts could solve majority of the plaguing issues.

“The proposed smart cities range from Varanasi to Dholera to Amravati, covering Brownfield and Greenfield areas. Benchmarks would be different for both; given lack of significant Internet penetration. Brownfield smart cities cannot, for instance, focus on skyscrapers or lavish promenades first.”, states Ajay Godara, director at Chandigarh-based Enovation Lab LLP. Ajay is also an avid IoT researcher who is also involved in designing and automating robots

With technical issues and effective IoT deployment being the criteria, let us look at some intense issues that have seemingly hit smart cities hard. We also consulted IoT domain experts who even suggested amicable solutions for these issues:

A surprising aspect here is that the experts who we consulted rated power shortage as a major issue plaguing smart cities in India.

“Power is still a scarce resource in India. Even if it is available, the quality is mostly not guaranteed.”, states Shajee Kozhukkunnon who is a senior regional manager at Moxa India Industrial Networking Pvt. Ltd. Moxa is into smart solutions development.

If you felt that only some states/cities in India are hit by power shortage, you could be wrong; as the estimated power shortage is said to be a massive 30,000MW daily. Though individual state governments are putting in efforts to mitigate this issue, the imbalance in the demand vs. supply ratio still exists and turns worse during the summer months.

There is a way out here; well, is there?

This means that if the issue of power supply is to be mitigated, then there has to be intensive deployment of IoT-driven smart solutions right from the ground level (literally). Directly, citizens of smart cities would be required to invest on at least a basic level of smart solution and deploy these at the home level so that energy is saved.

Always remember that one unit of power saved at the individual level per device is directly proportional to almost hundred newer units of power generated for your city.

Shajee also recommends hardware engineers to design smart products with wide voltage levels to sync with the tough Indian conditions. Finally, incorporation of surge protectors and regulated power supply units at the design stage itself should solve the issues of non-uniformity.

“Luckily, IOT has the ability to mitigate some of the bureaucratic hurdles. Through an interconnected web of data analysis, the city can monitor and administer to needs on an individual level. Small businesses that need a fraction of the energy as their corporate neighbours can be excluded from the larger equation of emissions.” adds Ajay.

“The electronics is out on the street namely camera, networking equipment, sensors, and computers”, states Shajee who also believes that there are currently very few smart solutions manufacturers present to provide solutions to ‘rugged’ challenges.

“India has such a varied climate in terms of Temperature, Humidity & Rain and very few manufacturers are present in this sector to provide rugged solutions. Users are finding it difficult to find the products and solutions for this kind of environment.” adds Shajee.

As smart city solutions need implementation outside of plush luxury settings (like the air-conditioned data centers), the actual hardware equipment must be built to withstand drastic climatic conditions. This also means that manufacturers should not tune these devices to operate in only the prevalent climatic conditions.

“Smart equipment for external deployment; such as earthquake sensors deployed at sensitive regions, should be tuned to digest climatic changes like sudden occurrence of draught, intense piercing sunlight, rise in temperatures, fall in temperature, and more,” states a seasoned smart solutions provider working exclusively on the smart cities vision of the Indian government, on the condition of anonymity.

Open Discussion and forums the only way out here

“Many startup companies tend to focus too much on price and hence are not able to deliver reliable rugged solutions,” states Shajee who also recommends solution providers to participate in Industrial IoT (IIoT) consortium meetings and interact with different companies to build collective models for deployment in different ‘rugged’ conditions. Emphasis here should be on reliability, and quality of the solutions developed.