Issue #3 – Vehicular traffic – the Achilles’ heel; can’t there be a smart system here?

To the common man, the issue of vehicular traffic resulting in an increase in the commuting times between any two points in a smart city looks unsolvable. However, IoT experts tend to think that they can build solutions to regulate traffic flow within cities.

As per Ganesh, deployment of IoT solutions can help reduce traffic issues by enabling people find shared transportation much faster than the current system which means that there would be lesser number of people driving individually in their cars to work every day.

Actually, smart concepts can be implemented in situations where there has been a vehicular breakdown in a busy junction, and this information is communicated to all car owners (individually) in a city through the cloud via smartphone apps (even SMS is feasible) so that alternate routes can be taken by drivers.

“The alternate routes can have smart systems which dynamically create a ‘green traffic corridor’ during the peak hours for vehicles to pass through without having to wait in signals and choke this road as well”, opines the IoT expert (who requested anonymity).

Other solutions to handle traffic include smart alcohol detection kits, smart violation reporting and penalising systems (without human intervention), along with smart traffic signal systems that are aware of the peak traffic hour and automatically accord priority to peak hour routes.

Issue#4 – Connectivity; the faster the best (not better)

All the IoT experts we spoke to were in total unison with the fact that Long Term Evolution (LTE) connectivity is still yet to pick up in India.

“Since none of the technologies are 100% reliable, equipment which gives the vertical roaming capability (automatically selecting the connectivity based on the strength of the signal) between wired/wireless/LTE will be an ideal case under the current Indian condition”, opines Shajee.

“Although the nation is in the forefront of Digital transformation with cheaper broadband and 4G, we are yet to see a complete & stable adoption of these services”, feels Ganesh.

So, the solution for this problem would be smarter wireless IoT devices. In fact, a point to cheer about here is that the solution providers have already started using smart wireless devices as a standard to engineer solutions.

As of now, there are lots of upcoming innovations that are potentially revolutionary from the healthcare point of view. These promise not only a reduction in overall healthcare costs, but also could lead to a concept where people can diagnose diseases by themselves from within their homes itself rather than spend valuable resources to just see a doctor. 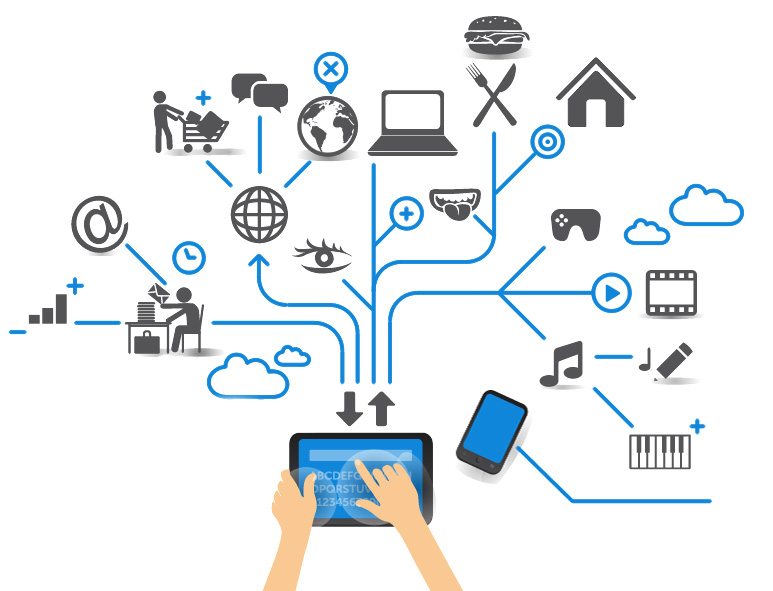 One of the waste management solutions, as suggested by Ganesh is the use of robots at all levels to properly dispose-off waste.

Valuables resources should not be wasted

As per Bastin Robin, chief data scientist at Bangalore-based Hash Research Labs, management of resources such as water and electricity are another set of key issues within smart cities. Bastin also talks about a scenario where street lamps that are electricity-driven are not switched off even after day-break. This is because these are manually controlled and need human intervention.

So, with IoT it is possible to engineer a system wherein the street lamps are solar powered with smart sensors incorporated to take decisions to switch on/off the lamps based on daily usage patterns driven by analytics.

Even water wastage within cities can be minimised through IoT-driven smart concepts. A scenario wherein there is leakage of an underground water supply pipeline, it becomes hard to monitor physically. IoT-backed sensors can be implemented here to monitor the actual flow of water and let admins keep track of this data and therefore recommend the best solutions for water management.

“In a country like India, we are very much dependent on the both water and electricity. Because there is a scarcity for both and every single person can’t live without it. We can see the main problem is, both the resources are managed manually due to its scale.”, adds Bastin.

A Father-Son Duo’s Quest Towards a Connected World