Need For Touchless Technologies To Safeguard Against Viruses

We have intelligent devices like smartphones, smart TVs, computers, and robots in use that need not be touched for operation. In fact, many more things need to be operated without touching through voice control and gestures, etc, such as ATM machines and check-in counters at airports.

Scientists believe that as the hole in the ozone layer in Earth’s stratosphere collapses, the sun’s rays will strike the earth directly and cause new deadly diseases. Many diseases have developed and disappeared in the past, but Covid-19 infection remains a challenge for us at present. The disease is unlikely to go away soon; some medical professionals believe that it may not go away at all and could continue to stay with us for long. This means we have to get used to living with this infection.

No one is certain, in spite of popular theories, where the infection originated from. Somehow the sores appeared and have spread all over the world. Unfortunately, many more viruses can attack us in the future and spread. So we need to prepare ourselves to fight against all these viruses and win, just like fishermen fight against waves in the deep sea and overcome them. 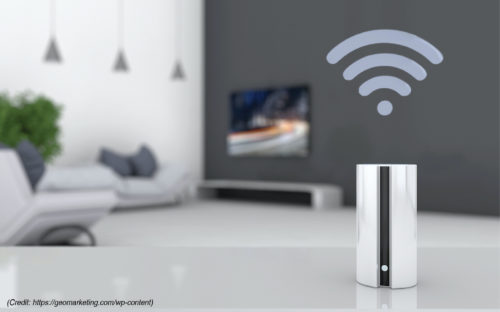 Symptoms such as runny nose, sneezing, sore throat, cough, and fever may indicate coronavirus infection. In some cases there is even vomiting and diarrhea, while in many cases the virus is present without any symptom. In this situation, anyone of us could be having the virus within us.

We all know the virus spreads through droplets released in the air by an infected person when he or she coughs, sneezes, or even speaks loudly. These droplets eventually settle down on surfaces which, if touched, can spread the disease. The problem is that we tend to touch so many things in our daily routine. So how can we minimise touching things? Can technology help us in this situation?

Computers, robots, smart phones, smart TVs, etc in common use can now be activated without touching. Voice assistants, hand gestures, facial expressions, and retina scans, etc are all helping us in doing so to overcome the problem. But we still have to touch to execute many actions. New technologies are now needed to execute those actions without touching.

At an overcrowded airport, for instance, the boarding pass can be obtained by using hand gestures and voice assist devices in future. In the aircraft, a sensor could automatically initiate overhead luggage compartment’s closure when it is full, or is not used for, say, five minutes. To open it, a new gesture-based technology could be developed.

Similarly, we could get a ticket with the help of a voice assistant at the railway station. Toilets within all trains could be locked and unlocked with, say, gesture control. Likewise, all public toilets could also make use of some touchless technology.

At the supermarket, we usually pick up the household items we need and pay the bill at a counter before leaving. Here, again, we can use automation and touchless technology to generate a virtual bill for the items being put in the shopping cart (trolley). We need not generate a physical bill at the counter as the payment can be made automatically from our bank account when we leave with the items. Some countries are already trying this system. It can be introduced in every country to avoid unwanted crowds at bill counters.

We can pay with a contactless wave credit card, which is already in use in India, whenever we buy an item. While using a wave credit card there is no need to hand over the card to the other person to put it in the POS machine, instead we can just place it over the machine ourselves. But there is a limit on the amount that can be paid thus due to security concerns. It would be better if this limit (usually ₹2,000) could be set higher after making the system more secure.

At present, we have to use an ATM’s keyboard to withdraw money. There is a need to find a new touchless technology for the ATMs also. The fact is that, if we have intelligent devices everywhere that need not be touched for operation, not only Covid-19, no infectious germs will ever get transmitted by touching the devices in public domain in the future.

Rathan Natarajan is an assistant professor at Hindusthan Institute of Technology