Electric vehicles (EVs) are getting popular in India every day, and many people have already taken the green route. Value proposition of EVs lies not only in massive reduction in carbon footprint but also in lower consumption of petrol, diesel, CNG and other fuels, which also amounts to higher financial savings at a personal level and a brighter future at the ecological scale. However, are EVs really that abundantly available in India? Where can buyers purchase them? What should they know about maintenance? We try to answer these questions in this article. 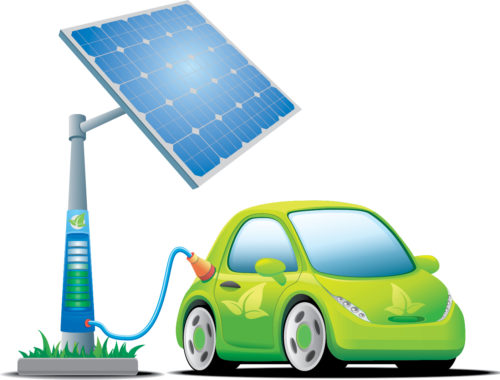 Purchasing an EV in India

At a global scale EVs are quite popular, but the scenario is a little different in India. EVs are popular here in the form of two- and three-wheelers. Electric buses are also picking up pace, especially across the states of Himachal Pradesh, Uttarakhand, Andhra Pradesh, Kerala, Tamil Nadu and the north-east. Four-wheelers are still limited in terms of options. The number of EVs in the market is set to rise exponentially by the end of 2020, as many popular automakers have put forward their plans to launch their own EVs. 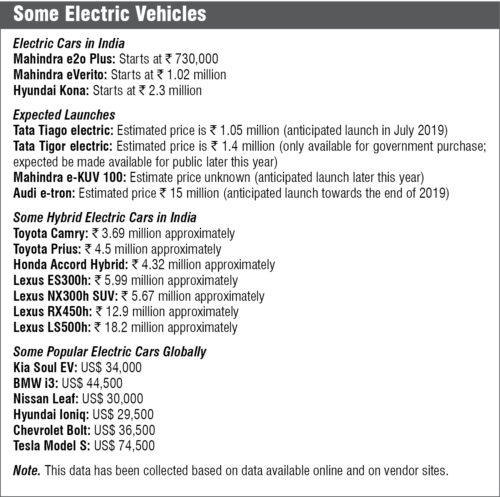 As of now, players like Mahindra, Tata, Toyota, Lexus, Hyundai and Honda have launched green cars for the Indian market. It is important to note that among these some of Mahindra’s cars are pure electric, that is, these can be run only through stored electric charge provided by a battery. Most others are hybrids. Hybrid electric cars depend primarily on fuel (petrol or diesel) but also have a battery pack, which takes over when oil runs out. However, batteries cannot take over as the primary ignition source and, hence, the motive of using of an EV is diluted.

There is another category called plug-in hybrid EVs. These can be driven on battery or on such fuel as petrol or diesel at will. However, the Indian market does not have many such cars yet.

Maxson Lewis, managing director, Magenta Power, says, “Cost of four-wheeler EVs is higher by around twenty to forty per cent as compared to similar cars running on petrol or diesel. While the number of components in EVs is lower, major cost is driven by the battery, which constitutes around 35 per cent of the total cost.”

Mahindra has three models of pure EVs—e2o Plus in hatchback category, eVerito in sedan category and eSupro in cargo van category. These EVs fall in the more affordable price range of around one million rupees.

Mahindra is pushing the boundaries of EVs at a global scale, too. During Geneva Motor Show earlier this year, Pininfarina, a Mahindra company that makes luxury cars, unveiled its latest EV, named Battista, which is claimed to be the fastest EV, with an acceleration of 0mph to 62mph in two seconds. Battista will be available commercially in 2020.

Toyota offers two hybrid electric car models, namely, Prius and Camry. These cars pack some advanced in-car features alongside their hybrid infrastructure, setting the price of the vehicles in the mid segment, of over
₹ 3.5 million.

Tata Motors is all set to come out with its electric cars, namely, Tiago electric, Tigor electric and Nano electric. Tiago will be available for purchase soon. While Tigor is being sold for government purposes only, Tata will be opening it up to the public later this year. Nano electric is also towards the front of the pipeline. All of these EVs will be available at affordable prices, too.

Players like Audi and BMW are also planning to launch their EVs soon. Their offerings, as expected, will fall in the luxury price range.

EV makers are gradually improving their designs and configurations to match with traditional petrol or diesel cars. There is still much ground to be covered, though. Medium-priced EVs in India can run for an average of 130 kilometres on a fully-charged battery. Costlier vehicles provide higher mileage. Depending on battery capacity—usually within the range of 11kWh – 18kWh—EVs can take between five to eight hours to fully recharge the battery using 230V AC supply.

EVs that come with an electronics-assisted braking system (EABS) consume the energy generated when the brake is applied, and transfer and store the energy in the battery, lowering its exhaustion rate as well as wastage of energy. Many cars come with a feature called revive mode, which can provide an additional eight to twelve kilometres after the battery has been exhausted. Maximum speed of EVs in India is much lower than their fuel-driven counterparts. Top speed is around 80kmph to 100kmph.

Public infrastructure in India, like gas stations or parking lots, are slowly building facilities for charging EVs. Some gas stations are also bringing fast-charging infrastructure that would charge the battery within 50 to 90 minutes. However, the number of these facilities is low today, which is one of the main concerns for EV owners.

Lewis says, “One has to understand that charging is largely going to be done at home. It is the rare and one-off charging that will be required on road, which we call crisis charging. To that end, there are limited charging points both for residential and on-road charging. Even for residential charging, one has to understand the challenges, since in India we have apartment-based lifestyles instead of unit houses as in Europe or the Americas.”

So, while individual house-cum-garage owners can ensure they have electric ports for EV charging lined with their own electric meters, those dwelling in apartments need to arrange for charging points at their residential parking spaces as per requirement. Normal charging can be done across generic 16-ampere power source on walls. Charging cables need to be attached to the power source from one end and to the car from another. Car vendors can provide other appliances that may be necessary for charging, if needed. Some cars support fast charging, which may need an upgraded power source.

Some private players are bringing customised solutions for residential EV charging. For instance, talking about Magenta Power’s ChargeGrid community charger, Lewis says, “Effectively, a housing society can deploy this charger at select parking slots and can recover the cost of power and solution. This allows for multi-user utilisation of the charger and charging space, thus drastically reducing the cost of deploying the charging solution.”

EVs come at higher upfront costs but are easier to maintain in the long run for various reasons as compared to gas-driven cars. For starters, unlike gas-driven cars, EVs have no internal combustion engine as such. Car-owners will know that this means they can eliminate costs related to aging engines, like changing engine oil, transmission fluids, engine parts, coolants, etc, which become more frequent as engines age. This also keeps vehicle performance intact for a much longer period.

Comparing fuel costs, an EV can be massively beneficial, especially considering the average ₹ 80 per litre cost of petrol today. Considering a basic assumption of a person driving 25 days a month, 50km every day, petrol can cost more than ₹ 6000 per month. The same amount of travel can be covered for just ₹ 1000 per month of electricity cost to charge an EV, assuming the average cost of electricity to be ₹ 7.5 per unit—these calculations vary in accordance to region, environment and extent of use.

However, the main cost comes in the form of battery for EVs. The battery may have to be changed after six to eight years and can form nearly 35 per cent of the upfront cost, which can be a heavy bill.

The main reason why EVs have not kicked off as well as we would have wanted them to is the upfront cost compared to performance. The top speed of EVs is lower and re-fuelling takes much longer for EVs. Lack of public charging infrastructure also raises the concern of charging on the road when battery runs out.

The market in India is also not as robust as it is in the rest of the world. Consumers are not yet prepared to pay the much higher cost for EVs. Importing a car costs a fortune, and even if one can afford to do so, the after-sales service is a major pain area.

However, the next few years, especially 2020, look to be quite promising, as many new players including Volvo, Tata, Kia, BMW, Audi and Hyundai have major plans to launch their EVs. The government is also working with private players to build widespread charging and battery purchase outlets. Once the market sets the tone, prices will slowly start to come down.