Quantum computing is considered an efficient and precise way of solving complex problems which may not get easily solved by even the largest supercomputers in fields like chemistry, medicine, finance, and logistics. In comparison to the rest of the modern computing methods, it consumes less power and speed of computation is remarkably high.

With the aim of taking trapped-ion quantum computing out of the lab and into the market, US-based startup IONQ was founded in 2015 by Chris Monroe and Jungsang Kim. They initially received $2 million in seed funding from New Enterprise Associate and a licence to core technology from the University of Maryland and Duke University necessary for developing trapped-ion quantum computers and software.

A quantum computer takes advantage of properties of quantum systems such as entanglement and superposition to perform mathematical calculations. Instead of using synthetic quantum systems, the startup uses individual atoms for their quantum processing units to ensure reliable and scalable quantum computing. The team chose atoms of ytterbium, a silvery rare-earth metal, as these are perfectly identical to each other and, once prepared, they can remain in a particular stable quantum state for very long periods of time.

An electron from a neutral ytterbium atom is removed with lasers, resulting in a ytterbium ion from this trapping process. Ionised ytterbium atoms then act as quantum bits (qubits), the smallest unit of computation. These ions are held in 3D space using electromagnetic forces produced from a specialised chip called a linear ion trap that consists of around hundred tiny electrodes with rapidly oscillating voltages.

To prepare the ions for computations, laser-based techniques for cooling close to absolute zero and initialisation of ions into a well-defined zero state are required. The series of operations, called gates, include modifying a qubit’s state and linking multiple qubits into an entangled state. Finally, the answer is read from the ions by shining a resonant laser on all of them at the same time. The atom glowing in response to laser light is considered a one, and each dark atom is a zero. To repeat a measurement, the entire process is repeated. 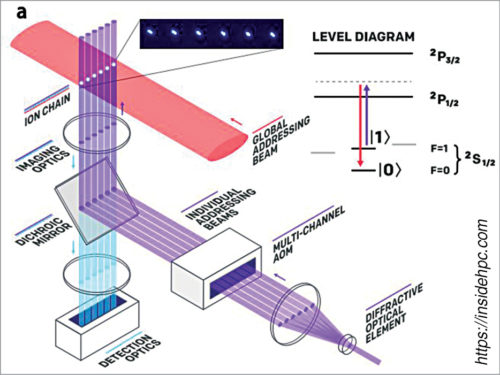 For storing quantum information, the trap is put inside an ultra-high vacuum chamber. The whole assembly along with the other electrical, mechanical, and optical control systems then gets attached to a classical computer. After making the necessary adjustments, the system is ready to function as a quantum computer.

Leveraging this technology, the company published the world’s first quantum computer simulation of the water molecule in 2019, with the required accuracy for creating simulation of any molecule for practical applications in the future. This opened up the possibility to make accurate chemical predictions as an alternative to performing expensive experiments. 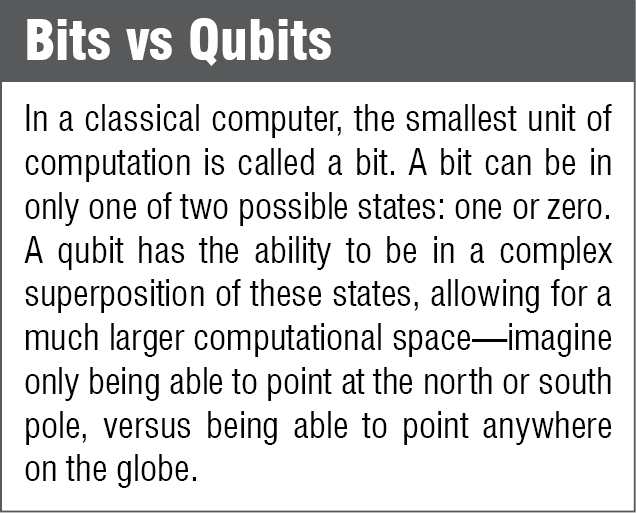 The startup has partnered with Microsoft and Amazon Web Services to make their quantum computers available to customers via the cloud.