The introduction of exoskeletons has given hope to people with physical or neurological disorders by enabling them to walk, sit, or stand without any help. Exoskeletons are built to enhance the performance of humans working in fields where excessive human labour is needed. This article covers the role of exoskeletons in the healthcare industry and rising demand among people. 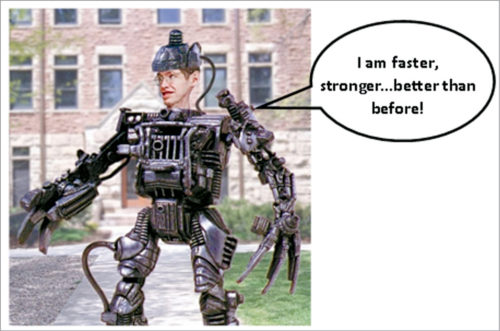 In the 2014 FIFA World Cup held at Brazil, Juliano Pinto, who is paralysed from the chest down, had performed his first kick in the opening ceremony, which showcased the advances in neuroengineering. The mastermind behind this mind-blowing scientific demonstration was the director and neuroscientist of Duke University Center for Neuroengineering, Dr Miguel Nicolelis, who is also leading the Walk Again project.

The goal of this project is to explore how brain-machine interfaces (BMIs) that incorporate virtual reality (VR) systems use patients’ brain activity to control their legs and restore their mobility, strength, and independence.

Exoskeletons, as the name indicates, are skeletons existing on the outside of bodies with articulated joints similar to humans, and each joint is powered by one or more servomotors with sensor outputs used as rehabilitation or augmentation medical devices.

These exoskeletons are built to enhance the performance of humans working in fields like defence, logistics, or automotive industry, where excessive human labour is needed. Apart from improving the power and efficiency of individuals, these exoskeleton suits or power gloves support weight and reduce the person’s effort, thereby reducing fatigue and stress.

Hardiman, a hydraulic and electric heavy bodysuit for military use, was the first exoskeleton built by General Electric in the year 1965. The film industry has also used many exosuits that have made us think critically about their usage in practical life.

The developments in artificial intelligence (AI), actuators, sensors, computer processors, 3D printers, and li-ion batteries have given a futuristic perspective in building exoskeletons similar to that used in science fiction. Also, newly developed power sources have increased the independence of untethered devices. So, the recent past has seen diverse applications of exoskeletons in the healthcare industry due to their exceptional ability to rehabilitate patients with physical or neurological disorders, thus enhancing their performance capability and functionality.

These devices initially entered the medical industry to assist healthcare professionals in lifting and carrying patients. Later, researchers transferred their focus to patients as well. The first working medical exoskeleton was built in 1972 by Mihajlo Pupin Institute in Belgrade, Serbia. Exoskeleton systems in the healthcare industry are classified into different categories, as shown in Fig. 4.

However, in a gait training, the classification is narrowed down into two categories—end-effectors: devices attached at the end of the exoskeleton, and powered exoskeletons: wearable robotics powered by a system of electric motors, pneumatics, levers, hydraulics, or a combination of technologies that allow limb movements. For patients suffering from neurological conditions, particularly leading to gait disorders, exoskeletons are becoming a powerful tool in their rehabilitation process. Thus, the physiotherapy and mobility reforms of the healthcare sector are getting transformed due to exoskeletons.

Earlier, restoration processes that were used to correct the walking disabilities involved locomotor training in which the mechanical devices used allowed individuals with gait disorders to stand or walk on a bodyweight supported treadmill. The placement of feet could be manual or using a robotic system.

However, such methods had limited success due to the high cost related to ambulation, difficulty in obtaining the required skills and strength, and the incapability to continue the therapy at home. Exoskeletons, especially the powered types, are wearable robots that enhance the strength, endurance, and mobility that increase the independence of the user.

Exoskeletons are highly flexible and can be used for performing a wide range of limb movements like walking, climbing stairs, sitting, and standing up. These, in turn, decrease the number of rehabilitation tools required, the number of therapists required for various tools involved, and hence reduce the cost of the rehabilitation process.

Exoskeletons are also available for patients for their upper limb(s). By using exoskeletons, patients can go through intensive all-day functional therapy during their daily life activities. Also, several researches have proved that exoskeletons facilitate the safety of the user while walking. Other advantages include a reduction in spasticity and pain.

Exoskeletons for gait and balance

Walking is a precious gift given by God, and we often take it for granted. It is a complex task that requires the balance and coordination of hundreds of muscles, bones, joints, and a highly complex central nervous system. Gait disorders occur when the walking pattern is affected due to arthritis, inner ear disorder, stroke, foot conditions, neurological condition, and also due to the usage of poor-fitting shoes. Small motors attached in these devices return movements to users’ hips and knees. Refer pictures from XoSoft, GenElek and Samsung GEMS (Gait Enhancing and Motivating System).

Exoskeleton for paraplegics and post-stroke patients

A paraplegic person is capable of exercising, walking, and moving easily with the help of exoskeletons. For stroke patients, there is a disrupt in the blood supply in brain, resulting in the death of brain cells. Loss of brain function leads to paralysis of one or more limbs. Ninety per cent of the stroke patients suffer from partial paralysis, leading to abnormal gait.

Exoskeletons for rehabilitation assist the joints to maintain balance while walking. These suits come with specially designed shoes. Users have to pull a cord attached to the shoe insole, and this provides the necessary torque to the ankle, thus correcting the abnormal walking motion.

Exoskeletons for cerebral palsy and spinal muscular atrophy in children

Spinal muscular atrophy in a child occurs when the nerves connecting the body and brain are disrupted, resulting in loss of control over the limbs and torso. Cerebral palsy in children occurs due to abnormal development or damage in the parts of the brain, leading to spinal deformation, delayed growth, and loss of motor muscle control.

Our brain has a specific part that controls our movement. When that part is damaged, the child cannot move his or her muscles normally.

Design. Exoskeletons consist of rigid frame actuators that control the spherical motion of each hip and joints, microprocessors, software, and sensors. The mechanical design of each exoskeleton varies depending on the patient’s level of support. Based on ergonomics, the material used is usually metal, which has to be light and flexible, thus making it easy and natural to wear.

Some exoskeletons are also made of soft materials that can be wrapped around the affected parts like wrist, upper arm, etc. Some exoskeletons require electrical power, and some can be used without any power, giving more degrees of freedom to the wearer. Also, the frames are powered in different ways, that is, mechanically, electrically, or using batteries.

Different companies use different robotic gadgets and different adjustable critical parts as per their customers’ needs. The actuators used should also be compact and strong. In addition, these should be capable of meeting the speed and movement requirements for the targeted motion, such as sitting, standing, and walking, to minimise any inconvenience to the wearer.

Actuators can be electric, pneumatic, hydraulic, shaped memory alloy (SMA), or passive. Selecting the joints should be done carefully to achieve a range of degrees of freedom for a range of motion as per the human anatomy.

However, for patients who have lost their muscular activity in their limbs, the range of degrees of freedom should be restricted to prevent uncontrolled movements.

Manufacturers will perform a Clinical Gait Analysis (CGA) to determine the required degrees of freedom and also calculate the required joint movements for the targeted motion. If joints are to be powered, it is done by DC motors.

Pre-defined motion control (PMC) is more suitable because the user can select the intended motion, thereby reducing the computational and hardware complexity.

The exoskeleton has a number of input signals based on two features- structural feedback and human feedback. Structural feedback is associated with actual movements and relative position of the mobile parts of the exoskeleton, and human feedback is associated with the biological electrical signals generated by the human nervous system due to the action of exoskeleton on the human body and user’s intention to move.

Signals based on structural feedback are obtained from rotation encoders, force sensors torque sensors, etc, while human feedback is obtained from the user who wears the exoskeleton.

The electric signals due to the user’s nervous system are registered by using wired electrodes in contact with the user’s skin (usually laps, hips, etc), which are retrieved as EMG signals. Movement intention is analysed using electroencephalogram (EEG) signals. Brain-machine interfaces (BMI) are regularly used to recognise human motion intention. Other external interfaces like joystick can also be used to recognise human motion intention.

The technology promises to improve all the limb-functionalities required for carrying out actions for daily living by complementing or fully substituting human functions.

Exoskeletons give a new paradigm of control to the wearer that enables him/her to achieve dynamic hand-free walking. For people who have lost their hope, exoskeletons are making their dreams of standing or walking come true by enabling them to participate in a series of exoskeleton-supported activities with confidence and strength.

Dr Krishna Naga works as a Physics teacher. She has over twenty years of experience in this field. Her hobbies include reading and writing