The magnetic system uses the spin properties of an electron, whose rotation contains certain amount of energy. This forms the basis of quantum computing. And by leveraging this technology, electricity consumption can be drastically brought down to nil.

Computing methods these days often require massive amounts of electrical power for processing and storing large data files. Consequently, a lot of energy in the form of heat is generated, which goes to waste. To some extent, several low energy consumption processors have been able to overcome this problem, but the issue of heat wastage still persists, although it has reduced quite a bit.

Now, a team of researchers from MIT has devised a circuit that utilises magnetic waves for enabling computing with no electricity requirement and thus no generation of heat. Using this method, researchers have begun developing magnetic energy-based “spintronic” devices that holds the potential to perform computing far more efficiently than electronics.

The researchers developed a circuit architecture that utilised only a nanometre-wide domain wall (i.e. an interface separating the magnetic moments), layered in nanofilms of magnetic material to modulate a passing spin wave (a quantum property of electrons). In turn, the spin wave controlled the location of the wall (i.e. orientation of the moments), as needed. This provided precise control of two changing spin wave states, corresponding to the 1s and 0s used in classical computing. All this required absolutely no extra components or electrical current.

Through this approach of magnetised spin waves, spintronic devices leverage the “spin wave” property to produce some measurable output that can be correlated to computation.

In the future, pairs of spin waves could be incorporated into the circuit through dual channels, modulated for different properties and then combined to generate some measurable quantum interference. Such interference-based spintronic devices like quantum computers, could compute complex tasks that conventional computers struggle with.

“People are beginning to look for computing beyond silicon. Wave computing is a promising alternative,” says Luqiao Liu, professor in the Department of Electrical Engineering and Computer Science (EECS) and principal investigator of the Spintronic Material and Device Group in the Research Laboratory of Electronics, MIT. “By using this narrow domain wall, we can modulate the spin wave and create these two separate states, without any real energy costs. We just rely on spin waves and intrinsic magnetic material.”

Spin waves contain small energy with short wavelengths. Large amounts of spin wave, which are essentially the collective spin of many electrons, are called magnons. Unlike electrons, magnons are not true particles but can be used for complex computing applications.

A nanometre-sized “magnetic domain wall” that acted as a barrier between two neighbouring magnetic structures, was layered with a pattern of cobalt/nickel nanofilms. This provided it certain magnetic properties for handling a high volume of spin waves. Then this domain wall was placed in the middle of a magnetic material and incorporated into a circuit.

After doing so, constant spin waves were excited on one side of the circuit. As the spin waves (magnons) passed through the domain wall, they immediately began to spin in the opposite direction. So, in the first region, the magnons spin north, while in the second region (after passing through the wall), they spun south. This lead to a dramatic shift in the wave’s phase (angle) and slight decrease in magnitude (power).

The whole circuit could be understood like a water pipe. The valve (domain wall) controls how the water (spin wave) flows through the pipe (material). “But you can also imagine making water pressure so high, it breaks the valve off and pushes it downstream,” Liu says. “If we apply a strong enough spin wave, we can move the position of domain wall — except it moves slightly upstream, not downstream.”

It is hoped that such highly-unique innovation would enable practical wave-based computing for complex tasks, such as signal-processing using Fast Fourier transform.

The discovery was published in the journal Science. 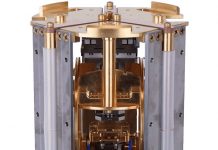 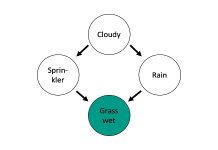 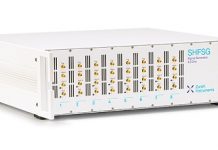