The researchers have developed a graphene-based sensor that allows accurate sensing and pressure for robotics. 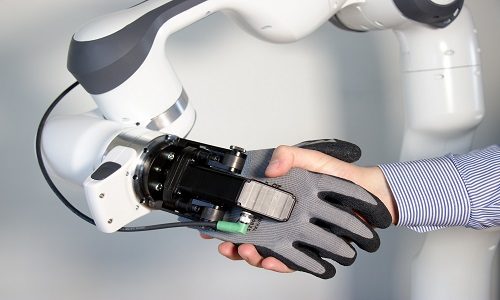 Researchers from Integrated Graphene and the University of West Scotland have recently developed new sensors that take advantage of graphene foam as its electrical properties change under mechanical stress. It also has piezoresistive properties that modify the sensor resistance under mechanical pressure.

The traditional pressure sensors used in the robots can detect the level or the magnitude of the stress applied on them. However, they cannot detect whether the object is slipping or the texture of the object. The inorganic movement makes it difficult for the robots to move or run freely. The human body can feel objects that are as small as 13nm, whereas, this is not possible yet with the robots.

One of the other major cons with the existing sensor is that it cannot control the pressure applied when touching an object. The sensors are unable to generate the accurate amount of pressure required for the task or the object it touches. To overcome all these issues, the researchers have developed the new graphene foam sensors.

These graphene sensors will be utilized on the fingertips of the robotic systems used in prosthetics. These sensors are believed to make the difference and allow better finger control. The researchers also believe that these foams can be used in energy storage technologies with electrolytic compounds for their conductive nature.

These new foam sensors have enabled new opportunities for prosthetics. The enhanced sense of touch helps with taking the prosthetics to the next level. The pressure sensors connected to the fingertips can provide both the sensation of touch and also the ability and accuracy to control the amount of pressure generated. However, these sensors do require the right AI software for any pressure related task.