IESA conducted an aerospace and defense seminar on 22nd April, 2016. The Padma Shri, Padma Bhushan and The Order of Friendship Awardee, Dr. A.S.Pillai, currently working as advisor to ISRO, presented the seminar on the past and the possibilities for the Indian Aerospace and defence. The speaker was introduced by Mr. Venkatesh Kumaran, VP IESA. 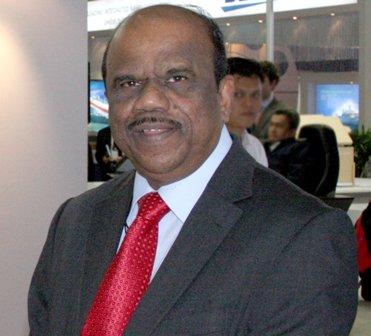 Ever since globalisation began in 1991, India became a prominent leader on the world map. We now have about 13 state of the art government R&D centers, we are prominent in the various technologies, we are ahead in pharmacy. One thing we need to work on is the Energy sector.

In aerospace, we have about 500 minor and 40 major contributors to the ISRO program. with 358 operational satellites, PSLV is now a matured and Self-reliant system, with very accurate results. We have plans under consideration for manned missions to the moon from India by 2025. Moon has become a fascination now, due to the presence of He3 found on the moon. There are talks in certain circles of even colonizing the moon. on an estimate, 100kg of He3 can produce about 2.5Mn BTU, which is a major improvement over coal and other resources being used today. In his words, “Helium 3 is going to be one of the most sought after in the future.”

In the defense sector, the doctor mentions the notable achievements of the DRDO over the past years. Today we have highly efficient Radar systems, equiped with guidance systems for missiles, with missile launchers the capability of launching a missile every 3 seconds. We have high capability indigenous Underwater Sensors, Thermal Imagers, to guide the defense space. We have advanced missiles with multiple warheads, and guided trajectory in place 24*7 keeping the country safe.

“When there is a challenge, we have come up and faced it head-on, and completed it.” says the Doctor. We have developed indigenous sensors for the advanced Prithvi missile, with the accuracy range of 10 meters. We developed PACE+ dedicated computer system for missile guidance. When we were faced with the development of phase shifters, we found the solution and made it possible. It took time and research, but we eventually succeeded. For the development of BrahMos, we took support from Russia, and now we have a successful missile. Since the basic of today’s technology is Electronic equipment, with the Make in India campaign, this would provide the enthusiasts to come up and work in this direction. According to updates, we are working on Tactical UAV, Hyper-sonic Reusable Missiles, Laser Based Weapons, Intelligent ammunition and a lot of technology involving the defense sector. He called for the brilliant minds of India, to “build the Indian brand” in terms of a superpower.