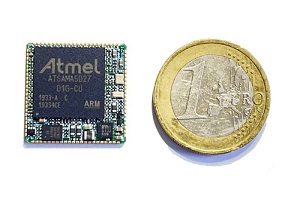 Claimed to be the smallest system-on-module, the HaneSOM Linux module designed by the DAB-Embedded company allows minimal power consumption (only 3.3 V power supply) in a compact form factor. The device is also suitable for small device integration. Applications include:

The core of the HaneSOM is Microchip SAMA5D2 MPU and Arm Cortex-A5 running at 500 MHZ clock speed.

The HaneSOM is available in TFBGA289 package and weighs just three grams.