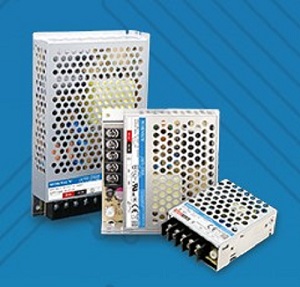 The LMxx-23Bxx series of enclosed power supplies launched by MORNSUN not only meet normal operating conditions, but also can be used in applications with higher requirements for input voltage, temperature, humidity, altitude and electromagnetic interference in the long term such as industrial control, LED, street light control, electricity, security, telecommunications, smart home and more.

The input voltage range is as wide as 85-305VAC while the power range covers 15-150W at 25mm of height. At the same time, it has the advantages of isolation voltage as high as 4000VAC, no-load power as low as 0.5W and high-efficiency of 88 per cent.

Main features
1) The input voltage range of 85-305VAC/100-430VDC helps solve three major shortcomings of conventional 85-264VAC input products:
a. The standard voltage of 110/220/277VAC is covered.
b. Power failure caused by voltage fluctuations in grid power distribution or generator is solved.
c. Can work normally under transient high input voltage (when input voltage exceeds 264VAC even when the device is turned off).

3) EMI
a. EMI meets CISPR32/EN55032 CLASS B, reducing harm to the human body and interference to other equipment.
b. Surge immunity is up to 4KV with strong anti-interference ability that is suitable for harsh environment applications.

In order to meet the diversified applications, MORNSUN has simultaneously launched extended models:

LMxx-23Bxx-Q: It has three-proof paint process with features like excellent insulation, multiple resistance of moisture, leakage, vibration, dust, corrosion, aging, corona and other properties, which is suitable for harsh industrial environments.

LMxx-23Bxx-C: It has terminal cover that prevents humans from accidentally touching the terminal.