It is designed to aid projects related to environment protection, wildlife tracking and sharing of critical medical information 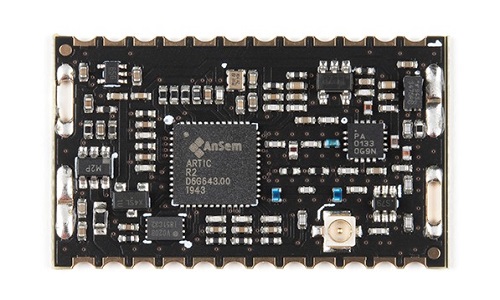 For projects related to environmental protection, awareness or study, wildlife tracking, environmental monitoring, or processing, transferring and receiving emergency medical information, here’s a new solution that allows you to conduct them all.

The Integrated Open-Source Transceiver for ARGOS (IOTA) by Sparkfun is a communications board with which you can send and receive short bursts of data via the ARGOS satellite network, anywhere on Earth, including the Polar regions.

The Argos NEO Generic Economic Light Satellites or ANGELS is a 12U nanosatellite that weighs only 20 kilograms. Besides supporting ARGOS 2 and 3, ANGELS also supports ARGOS-4 to aid low signal strengths, further extending your transmitter’s battery life.

The ARTIC R2 is an integrated, low-power, small-size ARGOS 2/3/4 single-chip transceiver. The ARTIC R2 chipset on IOTA operates from 3.3V and the onboard flash memory enables fast boot times.

If you don’t need the full transmit power, or want to conserve your battery life, you can transmit at reduced power too, thanks to the opto-isolated gain pin. The interface is 3.3V SPI and works with a huge range of microcontrollers.

About the ARGOS satellite system

With 25 nanosatellites to complement the 7 traditional satellites carrying ARGOS instrumentation, it is now revolutionising satellite communications.

As of now, the ARGOS satellite system is currently restricted to specific programs and applications, which are related to environmental protection, awareness or study, or human life protection.

If your project meets the above applications, then the IOTA is perfect for executing your project and connecting to ARGOS satellite system.

See here to know how to use IOTA.