Supports a wide range of materials like aluminium, titanium, steel, inconel and cobalt chrome for aerospace, automotive and medical uses 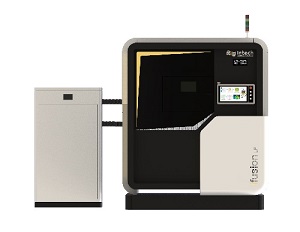 As a result of extensive research, development and innovation here’s presenting a new version of Metal 3D printer, the ‘iFusion LF series built for cost-effective manufacturing and has a build volume of 450x450x450mm, aiming to deliver robustness and productivity at a competitive MHR and lowest cost per part (CPP).

The iFusion LF series by Intech Additive Solutions has a range that starts with a single 500W laser printer and is upgradeable to a quad laser configuration with 700W and 1000W lasers. The iFusion LF series has been entirely developed and built at Intech’s facility at Bengaluru.

With the success of the 3D printed parts from Intech, Poeir Jets have begun printing larger parts with an ‘iFusion LF series’ system for the production of design, development, and manufacture of propulsion systems for unmanned aerial applications and micro-Jet engines for UAS (unmanned Aerial Solutions) and Heavy lift Drones.

“The 3D printed parts from the iFusion series performed exceptionally well during the testing phases and proved to be of production quality. We are now moving to printing parts on Intech’s LF series of machines. The LF’s larger build envelope suits our needs to print parts for our engine and Hybrid Drones. This, coupled with the lower costs compared to imported systems, local spares and support availability among other things, make it an automatic choice for us,” said K.S. Swami, Director, Poeir Jets.