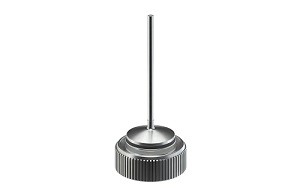 Enabling an increase in generator efficiency compared to conventional power conversion methods is the new ultra-low-loss diode called Active Rectifying Diode for light vehicle generators. The product, launched by Infineon Technologies AG in collaboration with Robert Bosch GmbH, facilitates generators to reduce the CO2 emissions of a car by up to 1.8 g/km. Since it can replace standard devices one-to-one, the Active Rectifying Diode can easily be applied even to generators and cars that are already in series production.

A conventional car generator produces electric energy for battery charging and powering safety and comfort features such as driver assistance systems, air conditioning and infotainment. This power conversion is generally up to 72 per cent efficiency. With the new diode, that figure goes beyond 80 per cent.

The Active Rectifying Diode is based on a chip technology that integrates MOSFETs, capacitors and control logic on a single die, thus avoiding the complex mounting of separate chips. This Infineon-made chip is then assembled by Bosch into the body of the diode in a pressfit package. The new diode is unique for extremely low diode forward voltage of 0.1 V at 100A IRMS (root mean square current) and low leakage current. Additionally, it features a simple assembly process, mechanical robustness as well as high reliability and electromagnetic compatibility.

“We are aware that it remains crucial for carmakers to reduce CO2 emissions also in conventional cars,” said Finn Felsberg, Vice President and General Manager Power Integration and Supply at Infineon’s Automotive Division. “Given the still very large number of combustion engine cars, our new diode represents a quick and cost-efficient step for OEMs towards reaching strict fleet emission targets.”

Qualifying as eco-innovations as defined by Europen Union, the Active Rectifying Diode is in production at Bosch and being rolled out to generator manufacturers worldwide. Vehicles using this new technology were launched into the market starting in the second half of 2020.