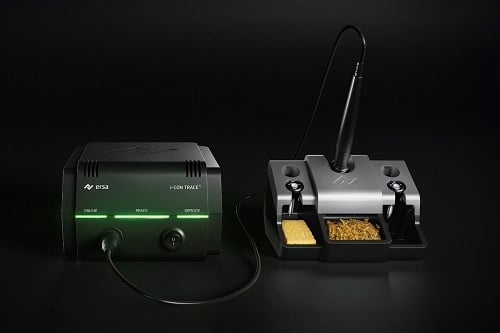 Ersa has released an i-CON Trace, a first-of-its-kind soldering station with IoT capability. The soldering station can record the movement and solders the user make. The device processes the information to identify the causes of quality deviations at an early stage, isolate them and trace problems. This can enable users to avoid cold solder and other soldering defects and prevent device failure at a later stage. The i-CON Trace features WiFi and Bluetooth connectivity and enables users to check various parameters including temperature using devices such as a notebook, tablet, or smartphone.

According to the company, the intelligent IoT soldering station checks various parameters and the data collected can help identify quality and defects. Moreover, it allows users to identify and trace problems at an early stage and also records process information seamlessly and offers visual reports.

“The soldering station is only ready to use when all factors correspond to the task. This eliminates potential errors, increases process reliability, and ensures complete traceability of the process data. The operator can thus concentrate fully on the soldering task,” emphasises Jörg Nolte, product manager for soldering tools, rework, and inspection systems at Ersa GmbH.

The i-CON Trace features a quick tip system called Tip’n’Turn that enables quick and safe change of the soldering tips. Furthermore, the new designs are thermally optimised, increasing energy transfer efficiency by up to 30 %. The soldering system also features a pre-tension, which permanently presses the soldering tip against the heating element, thus, ensuring a stable temperature accuracy of +/- 2° C. In addition, the long-life heating element and the soldering tip can be replaced independently of each other, thus reducing operating costs and protecting the environment.