Processor That Can Perform Better Than Existing ARM and RISC-V 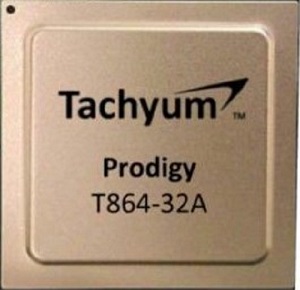 Tachyum has announced that its Prodigy Universal Processor has completed software emulation testing across x86, ARM and RISC-V binary environments. This achievement has shown that Prodigy can enable users to run their legacy applications transparently at with better performance than any contemporary ARM or RISC-V processors. Coupled with hyperscale data centre workhorse programs such as Hadoop, Apache and more, which
Tachyum is recompiling to Prodigy native code, this capability will ensure that Prodigy customers can run a broad spectrum of applications.

Tachyum also provides the ability to transparently install and run legacy applications using a dynamic binary translator that converts x86, ARM or RISC-V code to Prodigy native ISA (Instruction Set Architecture). Despite software emulation on the Prodigy chip, the ARM and RISC-V binaries will run much faster on Tachyum Prodigy than on ARM or RISC-V available today.

Can run wide variety of workloads

By running a web server application on Prodigy using a mix of native and x86 code, the results proved that Prodigy is capable of running heterogeneous system applications efficiently on the same universal silicon, which will provide huge cost benefits to a broad spectrum of users.

Since Prodigy can switch between data centre, AI and HPC workloads, unused servers can be used as CAPEX-free AI or HPC cloud.

“Having a readily available solution and easy to use with massive amounts of
software, demonstrates the foundation for the success of a platform,” said Dr.
Radoslav Danilak, Tachyum founder and CEO.  “This demonstration of Prodigy’s
ability to run software correctly – even legacy code from x86, ARM or RISC-V
processors – shows that we will enable customers to seamlessly use the
applications they are using today from Day One of Prodigy’s launch.  This is
another validation of viability for Prodigy and proof of its ability to
unlock unprecedented performance, power efficiency and cost advantages
across the most challenging computing environments.”

Prodigy will be entering volume production in 2021. Currently, the next step is to get a fully manufactured functional FPGA prototype of the chip later this year.