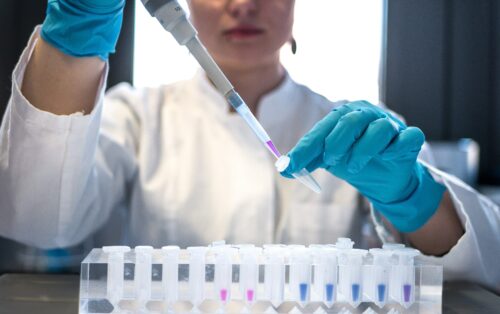 The Researchers implemented the idea to use graphite nanomaterials in drug delivery systems as they possess unique qualities such as their 2D structure, mechanical stability, good conductivity, chemical stability, biocompatibility, and vast surface area, graphene and graphene oxide (GO) are excellent materials for biological applications. The porphyrin and graphite nano-platelets formed a network that improved the properties of the polymer and provided the system with electrical conductivity, which made it simpler to release drugs.

The feature of being biocompatible makes it more specific for drug delivery compared to other DDS. It consists of a partial amount of SA and pi electrons which provide it the potential to function as effective nano-transporters for the delivery of several anticancer medicines. Nanocomposites based on graphite as very difficult to function due to the need for a high specific surface area. Hence researchers have discussed current research findings if utilizing graphite-based materials specifically G/GO/RGO based that are functional as nanocomposites for drug delivery systems. They also elaborated on recent advancements in the DDS field that overcome conventional medicine like side effects, solubility, delivery, and distribution to a different part of the body. It also supports bio nanomedicine by providing good solubility of drugs in the aqueous medium, enhanced distribution of drugs, targeted drug delivery, specific selectivity, and reduced undesirable side effects.

The researchers are to use graphene, graphene-oxide, and reduced graphene oxide as nanocarriers for drug delivery systems in the biomedical field. But as the scientific community is with the view that graphene is a dangerous substance, the toxicity must be defined first before using it in the medicinal field. They envision that for a sophisticated drug delivery system and controlled drug release graphene-based nanomaterials would be used as nanocarriers.