An array of thermopiles based on the SrTiO3-x/CuNi heterostructure can detect human thermal radiation and can be used for noncontact real-time recognition of hand gestures.

Thermal radiation emitted by the human body is mostly in the infrared region, mainly at the wavelength of 12 micron. This can be used to identify the motion of the body and can be usually seen in military applications. Researchers at the Dalian Institute of Chemical Physics (DICP) of the Chinese Academy of Sciences (CAS) have designed a highly sensitive long-wave infrared detector that enables low-power non-contact human-machine interaction. 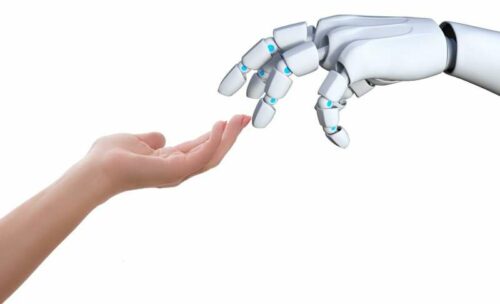 For detecting weak human radiation, an additional acquisition circuit with high signal-to-noise ratio is usually applied due to the small voltage signal (around tens or hundreds of microvolts). In this technique researchers introduced a novel thermopile based on the SrTiO3-x/CuNi heterostructure.

Heterostructure synergistically coupled the high electrical conductivity of CuNi alloy with the high Seebeck coefficient of SrTiO3-x. It also exhibited a broadband optical absorption ability, which was a result of combination of free carrier absorption and phonon resonance absorption.

Therefore the SrTiO3-x/CuNi-based thermopile exhibited high sensitivity to human radiation. The output signal level was recorded 13 mV, with the noise voltage of 10 nV/Hz1/2. An array of thermopiles was constructed to implement the noncontact real-time recognition of hand gestures, Arabic numbers and alphabet letters.