Rotors Driven By Flow At The Nanoscale 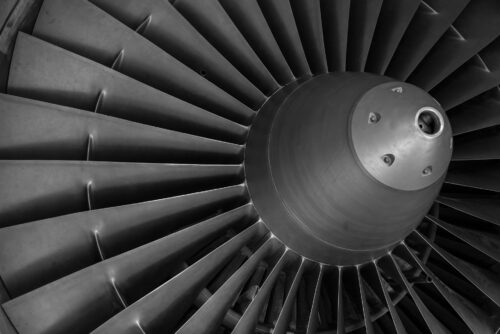 The microscopic chemical or electrochemical potential gradient in the nanopore, which is formed through a salt-gradient or applied voltage, respectively, generates nanoscale water and ion flow that the rotors use as energy. In physiological settings, these artificial nano engines self-organize and run independently, offering ideas on how to build energy-transducing motors at nanoscale interfaces.

“These rotary motors, driven by a flow, also feature prominently in biological cells. An example is a FoF1-ATP synthase, which produces the fuel that cells need to operate. But the synthetic construction at the nanoscale has thus far remained elusive,” says Dr. Xin Shi, a postdoc in the lab of prof. Cees Dekker in the department of Bionanoscience at TU Delft.

“Our flow-driven motor is made from DNA material. This structure is docked onto a nanopore, a tiny opening, in a thin membrane. The DNA bundle of only 7-nanometer thickness self-organizes under an electric field into a rotor-like configuration, that subsequently is set into a sustained rotary motion of more than 10 revolutions per second,” says Shi, first author of the publication in Nature Physics

“For 7 years, we have been trying to build such rotary nanomotors synthetically from the bottom up. We use a technique called DNA origami, in collaboration with Hendrik Dietz’s lab from the Technical University of Munich,” adds Cees Dekker, who supervised the research. This method creates 2D and 3D nano-objects by specifically utilizing the interactions between complementary DNA base pairs. By applying a voltage to the system or, more precisely by having varying salt concentrations on the two sides of the membrane, the rotors generate energy from water and ion flux.  The latter fuels many vital biological processes, including cell propulsion and the manufacture of cellular fuel. This makes it one of the most abundant energy sources in biology.