Wearable Device For The Visually Impaired Powered By AI

Taking inspiration from how autonomous vehicles employ AI for navigation, the innovative device can detect obstacles for safe movement 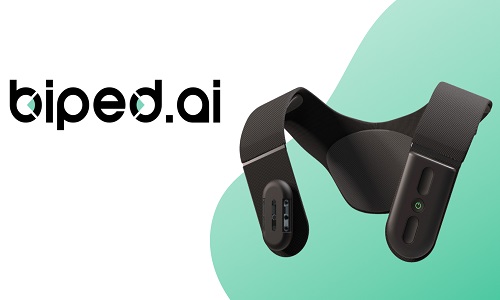 Nearly 40 million people around the globe suffer from visual impairment. Often they have to face several challenges when navigating through unfamiliar territory while avoiding obstacles that go undetected by a guiding cane.

Reliance on external help in the form of another person for guidance not only restricts a visually impaired individual’s independence but also leads to unintended stress for performing simple activities such as walking in the park.

To reduce such challenges encountered by visually impaired people, the power of computer vision and audio processing have been combined to invent an AI-powered device. Living up to its name of AI copilot, the wearable device by the company called biped claims to assist visually impaired people to independently go about tasks that require a lot of movement.

Taking inspiration from the AI technology employed in autonomous vehicles, the AI copilot is a device that can be worn by a person on the shoulders as it weighs less than 950 grams. Equipped with 3D cameras having 170 degrees Field of View (FoV), the wearable device identifies, tracks and predicts trajectories of the surroundings in real-time. With the help of wired headphones or paired Bluetooth ones, the user gets to hear rich 3D sounds/spatial sounds that guide the person.

Some of the other features that make it unique include:

Despite such powerful features, the wearable does not intend to replace a guiding cane but merely complement it for complicated navigation. As per the makers of the AI copilot, the device assists electronic white canes that simply vibrate if there is an obstacle, thus helping the user to understand the surroundings. The AI copilot can track movements, anticipate and give feedback whether a vehicle or another person is approaching.

As of now, the product is in the Beta phase and undergoing tests. So far, the system has been tested by 55 end-users and has received positive responses. They highlighted that the AI copilot’s natural perception made it potentially suitable for becoming an all-in-one device for safe daily use.

The company aims to launch the product first in Switzerland in Q2 and then in the US in early 2023.