Tremendous Speed Increase By Up To 80% On PCB Designs 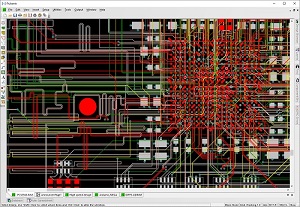 Offering significant speed improvements in PCB designing through the latest technologies is the new Pulsonix 11.0.

The underlying graphics engine have been reconfigured by utilising DirectX graphics and high-performance graphics cards such as those used in the gaming industry. Additionally, multi-threading capabilities have been extended and added to many functions, meaning that speed is significantly increased on features that are processor-intensive and that can utilise parallel processing.

Besides the speed advantage, new graphics enhance improves rendering quality of the design image being viewed.

Some of the other enhancements include:

“Many of our customers are building significantly more complex designs resulting in the need for fast and efficient PCB design tools, ” said Bob Williams, marketing director for Pulsonix. “Version 11.0 makes a gigantic leap in speed, dramatically reducing the time it takes to perform many PCB design operations, such as Design Rule Checking (DRC), Copper Pouring and Gerber generation.”

“With these changes, some of our large designs are displaying up to 2.5 times faster,” said Olaf Hollinger at Carl Zeiss AG. “As an example, we’ve seen DRCs that can be more than four times faster with multi-threading using eight cores.”

“Version 11.0 is a remarkable step forward regarding performance and speed, which is very important for large designs,” added Hollinger.