Electronics In Pro Audio – Is India Missing A Big Opportunity?

The Pro Audio industry was estimated to be US$ 5.5 billion in 2017 and is projected to grow to about US$ 8 billion by 2025 (source: QY Research). Companies like Sennheiser (Germany) and Shure (USA) have the highest revenue share in this category with virtually no major Indian players. 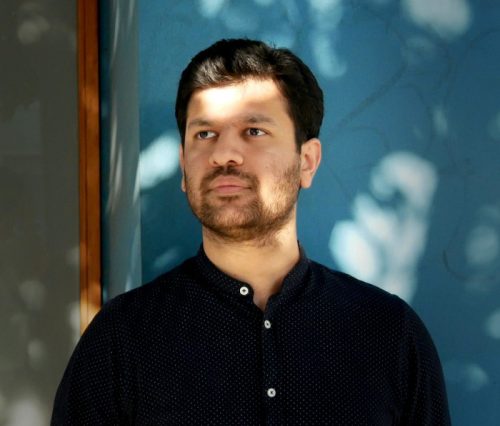 So what is Pro Audio?

Professional audio or ‘pro audio’ is a category of studio-grade, high-quality audio equipment. Pro audio equipment consists of speakers, microphones, wireless systems, amplifiers, preamps, equalizers, dynamics processors, mixers, audio converters, headphones, and audio interfaces, among others. For example here is a scenario of pro audio gear use- to record the vocals on a song, the vocalist sings into a microphone, which converts sound into an electrical signal. This signal is then amplified by a microphone preamplifier and processed by dynamic processors and equalizers. Finally, the signal gets converted to digital data via an analog to digital audio converter, which is recorded on a computer using software (called DAW – Digital Audio Workstation). Similarly, when a keyboard is performed in a live music venue, the signal from this digital instrument (sometimes with analog components) goes into a Direct Box, which reduces unwanted noise, distortion, and ground loops. This signal then goes into a ‘mixer’, which has preamps and other effect processors built-in. After processing and leveling all instruments through the mixer, the combined audio output is sent to speakers for playback.

The Indian film industry is the largest in the world with between 1500-2000 films made every year in over 20 languages. For comparison, The United States makes about 700. According to a report by Deloitte in 2016, the Indian film industry had gross box office realizations of $2.1 billion, which was expected to grow to over $4 billion by 2021.
The Film Industry in India is the fulcrum of all entertainment in the country. Most other countries of the world have a separate music industry, but in India, the majority of music revenue comes from songs made for movies. Hence, these movie songs are India’s ‘pop music’ that we hear in our cars and dance to at weddings. Because of the massive amount of audio recorded for media and performed on stage every year, the demand for pro audio gear in India is enormous.

Sonodyne (Kolkata) is perhaps one of the best-known speaker brands from India that have a global footprint and is used in studios. Other Indian players in the industry include hi-fi speaker brands like Lyrita Audio (Delhi), Audire Technologies (Chennai), Cadence (Pune) and Brahma Microphones (Delhi) that make ambisonic microphones. Swar Systems, which is owned by Swiss software developer Mariano Etchepareborda, has significant Indian operations and development and is one of the largest Indian software sample instrument makers. A recent startup called Fluid Innovations (Chennai) makes software audio plugins and is gathering attention in the music technology community worldwide.

Pro audio products have been operating in a dynamic market, with increasing competition between professional and home use. The home content creation space is flourishing- especially now that publishing music online is easy and cheap. Individuals can create radio-ready music and audio content from their bedroom with a few thousand dollars worth of equipment. The home studio segment is now responsible for more than half of total studio vertical revenue and the numbers are climbing. One result of this revolution has been the disappearance of many small and medium-sized recording studios, but these have been replaced by millions of musicians, podcasters, streamers and content creators, working from home studios and fueling a high-growth market for pro-audio hardware and software. A new ecosystem is now emerging where professional and home studios are complementing and supporting each other.

Home studios tend to be built around one of five user types, namely podcasters, vloggers, gamers, musicians and producers. As a starting point, they can consist of anything from a USB microphone connected to a PC running amateur recording software, to mixer consoles and higher value pro audio equipment. In music, most of today’s top worldwide hits are made in home studios with professional audio gear. It is not common to see musicians hiring a big commercial facility to record albums. ‘Hybrid’ music production is very common, where most of the music is done in the home studio using high-end recording and music production equipment and then a commercial studio might be hired to record a choir or an orchestra. Growth of the home studio market is being helped by professional artists setting up home studios and by amateurs pursuing content creation with entry-level products, and by those same entry-level users upgrading to more advanced solutions later on. 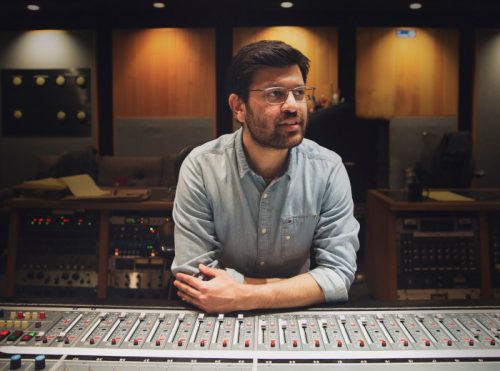 Not just an economic opportunity

With a large pool of engineering talent, hunger for entrepreneurship and an incessant demand, it comes as a surprise why India doesn’t have more pro audio brands.
The design and production of professional audio gear has largely eluded India. New music electronics and software companies are emerging in other developing countries in response to growing global demand. One can take the liberty of comparing pro audio to making beautiful well-engineered cars. And like high-end cars, good synthesizers and microphones are the intersections of cutting edge technology, brilliant design and appreciation of culture. If the most famous singers record the year’s most popular songs on an Indian microphone or insist on the use of a particular Indian keyboard or only record using a certain pair of Indian headphones, it can change India’s image in popular culture. It would in turn increase sales and improve brand image for other consumer electronic brands from India. Music is intangible- the emotional impact it has on humans is mostly, unquantifiable. Indian music is known across the world as one of the oldest and most intricate forms of art. But instead of resting on our past (hundred of centuries-old) laurels, new products in pro audio where artistic design and engineering excellence meet will help reaffirm the importance of Indian music and technology on the global stage.

Based in Los Angeles, Dhruv Goel is a composer and musician. He has composed music for films such as Thank You, Come Again (dir. Nirav Bhakta), video games such as Folklore Hunter (developed by Liquid Donkey Games) and documentaries such as Into The Mountains of Light (dir. Heinrich Eugen). His music has also featured on TV shows such as Haunted (Netflix) and Little Women: Atlanta (Lifetime). Dhruv has worked at Hans Zimmer’s Remote Control Productions as a vocalist/additional composer on movies such as Todo Mal and Sky Hunter, and released two artist sound samples-packs that other musicians can use with Splice Sounds called “The Lab: Indian Rhythms” and “Splice Explores: Recycle”. Facebook and Instagram Videos featuring Dhruv’s music from Facebook Sound Collection have amassed over 100 million views. He recently worked on Facebook’s latest music app, ‘Collab’ composing the initial beta testing music and the music used for Collab’s advertisements.