Galvanic isolation, generally just referred to as isolation, is a means of preventing DC and unwanted AC currents and avoiding a direct conduction path between two sections of a system while still allowing signal and/or power transfer between those two sections. Semiconductor devices that offer galvanic isolation are referred to as isolators. Optocouplers are one of the first isolators to be introduced in the semiconductor industry and have dominated the industry for several decades as an exclusive isolation technology. With semiconductor technological advances in the last couple decades, there are many other isolation technologies, like capacitive and magnetic isolation, that offer similar functionality as optocouplers with better overall performance. Among the competing technologies, TI’s silicon dioxide (SiO2) capacitor-based digital isolation technology offers superior performance, especially on high voltage rating, electrical characteristics, switching characteristics and reliability. 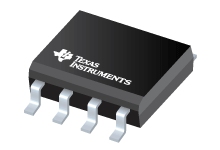 This white paper compares TI digital isolators to some of the commonly available optocouplers with respect to various performance parameters.