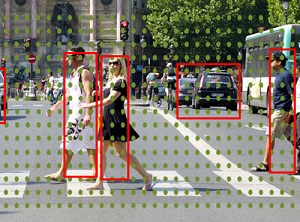 RFISee, an Israel-based developer of imaging radars for the automotive industry has announced that it will be releasing a Phased Array 4D imaging radar on a chip. RFISee’s all-weather radar can detect cars from 500 metres and pedestrians from 200 metres, with an angular resolution greater than 1 degree. The Phased Array antenna technology is used in cutting edge military systems including the F-35 fighter jet and in air defence systems.

The company’s 4D imaging radar uses a powerfully focused beam based on proprietary Phased Array radar technology. The focused beam created by dozens of transmitters rapidly scans the field of view. The receivers ensure a much-improved radar image, a better signal to noise ratio and a wide detection range (nearly 6x compared to existing radars) of obstacles such as cars and pedestrians.

The radar’s features prevent accidents that go undetected by other existing radar systems. For instance, on 1st June 2020, an accident occurred in Taiwan in which a self-driven car crashed directly into a large truck on its side. To prevent a similar incident from happening again, RFISee’s radar can detect trucks and other vehicles at a distance of hundreds of metres, allowing the driver to take over control or automatically stop.

The company’s unique radar technology can also prove to be useful in other accident prevention scenarios by taking advantage of its numerous capabilities for dealing with bi-directional traffic, detection of multiple pedestrians, recognizing bike riders on the road, Automatic Emergency Braking for trucks and Adaptive Cruise Control (ACC) on highways.

Moshe Meyassed, CEO of RFISee, said, “Our breakthrough all-weather Phased Array 4D imaging radar on a chip is going to be a game-changer in the field of global automotive radar. Today’s automotive radars typically provide low resolution and limited detection range. Our ability to combine long-range, high resolution and superior accuracy can be the key for the high-quality sensor fusion between the camera and the radar that the automotive industry is looking for.”

He added, “The sensor fusion that RFISee is introducing will open new frontiers for adding effective AI layers to the fused radar and the camera data. As a result, car manufacturers and drivers alike will benefit from crucial improvements in safety and accident prevention, effective operation in low visibility and increased automation in vehicles.”

Prototypes of RFISee’s radar are under evaluation by top automotive OEMs and Tier-1s.