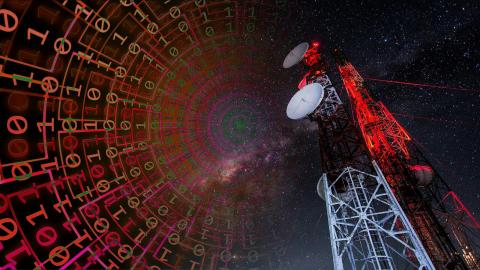 Wireless nodes detect, monitor and report the harvested energy source, and based on the feedback, the source regulates the right power level to meet the demand and avoid power wastage.

Existing technologies are designed on a metric called channel state information, in which the feedback such as how good the link is and how much power is received at the receiver is the basis for the algorithm. The power source has to assess how much energy has to be transmitted so that all the nodes get enough energy to transmit information. Also, more power to the nodes does not translate to more information exchange. Therefore, evaluation of energy efficiency is critical.

Researchers from Indian Institute of Technology Bombay and Monash University have developed an AI-based algorithm that identifies the right amount of power level, enhancing the energy efficiency of an RF-energy harvesting network. Their algorithm uses a statistical tool called the multi-armed bandit method that does not depend on channel state information parameters, and the source identifies the optimal power output.

“An actual transmission system is a complex network with several receivers spread over a region receiving different amounts of energy for harvesting. Also, they will require different amounts of energy for successfully transmitting the information,” says Prof Manjesh Hanawal, lead author of the study. “As the environment is uncertain, reinforcing the algorithms with sequential decision making can quickly ascertain the status of the harvested energy, thereby improving the system’s energy efficiency.”

The traditional algorithms, however, require high computation power as they require information on the channel state parameters. The newly developed algorithm relies only on detecting if a receiver’s feedback signal was successfully decoded or not.

The source selects the transmit power in each time slot to transmit energy. The receiver harvests the power, and using this power, sends back information to the source. If enough energy is harvested, the information will be sent back at a high rate, otherwise no information exchange will occur.

“The rate at which nodes could transmit the information is treated as the reward and is directly coupled with the amount of energy harvested,” explains Ms Debamita Ghosh, first author of the study.

The work is described in the journal IEEE Wireless Communications Letters.