In India, cellphone use has increased from 50 million in 2005 to approximately 800 million now and the number is increasing. The direct and indirect contribution of cellphones to the growth of the economy is unquestionable, but at what cost? This is a relevant question. The ill effects of radiations from Wi-Fi, laptop, etc are similar but mobile phones need to be looked at urgently because of the increase in their usage. In Europe, their number has increased to more than 100 per cent of the population in most of the countries. In India, the fgure will reach this level by 2012.

The radiation will not be from individual radios, televisions or defence transmitters, but practically every individual will act as a source of radio-frequency (RF) radiation. According to scientists researching the harmful effects of mobile radiation, there exists an electro-magnetic wave pollution called as ‘electro-smog.’ 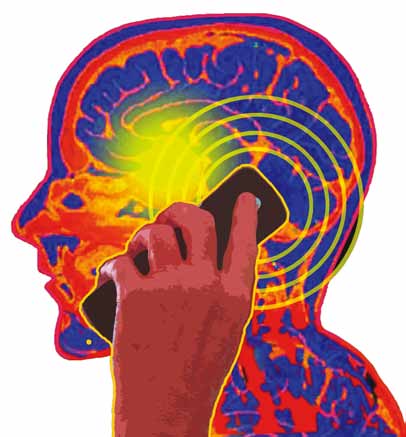 Evidence of EMF’s bio-effects
Research on electro-magnetic fiel (EMF) effects started at the time of world war in a limited way. It was noticed that birds fell from antenna towers on the warships. The birds not only died but were in a roasted, ready-to-eat condition. This stopped when the radar power was switched off. The effect is similar to present-day microwave oven cooking. Also, birds lost their direction when they approached the antenna and started flying in zig-zag directions. The birds ability to navigate with the help of the earth’s magnetic fiel (very low level) and galactic magnetic field (very ver low fiels) was already known. Based on this, it was identified that powerfu electromagnetic effects of antenna-radiated power confused the birds.

In those days, EMF-generating sources were less in number and the power emitted was very high because of long-distance applications. Ground-level EMF-generating sources were isolated from the public by putting fences. Professionals working in the field took precautions. Later it was found that the radius maintained to protect was inadequate because of higher incidences of cancer among people living around the periphery of the fence (so-called safe area). According to some reports, this information was kept a secret (only included in classified defence documents). The reason given to people for increasing the radius of the protected area was expansion of the activities in the campus.

Emission standards set by different countries
When RF products came into public use, there was a requirement for fixin emission standards. Thus standards were set by the International Telecommunications Union (ITU) based on the thermionic emission. Safety factor was given to cell-splitting effects. Standard EMF levels were specified.These standards are being followed by the ITU for all types of RF transmissions. Europe has set an International Commission on Non-Ionizing Radiation Protection (ICNIRP) standard of 2 watts per square metre, while the US follows the Federal Communications Commission (FCC) standard of 1.6 watts per square metre. But all European countries do not follow ICNIRP limits. Many countries have set much lower limits. Russia has set a limit hundred times lower than the European limit, based on its research findings