Earlier active or passive air-conditioning and tough verification and qualification processes were needed to maintain electronics used in extreme environments such as mines, spacecrafts, engines and icy mountains. However, advancements in process technology, circuit design and layout techniques have now given rise to electronics that can withstand severe temperatures quite nonchalantly -- Janani Gopalakrishnan Vikram 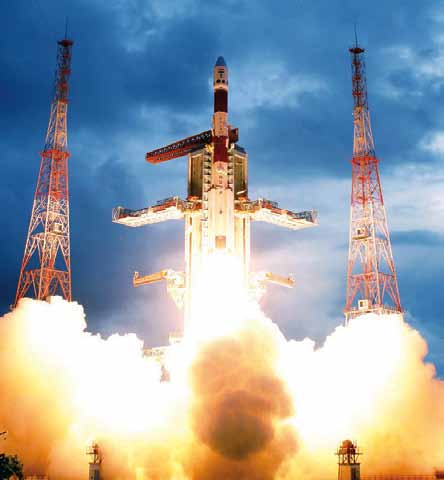 For ages, machines have been put to use in hazardous environments that intimidate humans, and these machines, more often than not, contain electronic components too. In the past, it was a huge challenge for engineers to make electronics work at temperatures too high or too low (say, less than -55°C or greater than +125°C). A lot of extra effort went into active and passive air-conditioning and ventilation systems, to keep the temperature in check, as well as complex verification, characterisation and qualificationusing lab ovens or freezers, to modify off-the-shelf components and test their behaviour under extreme temperatures. Despite all the efforts, the chances of the system functioning perfectly were still dismal.

“Traditionally, engineers had to rely on active or passive cooling when designing electronics that must function outside normal temperature ranges, but in some applications cooling may not be possible, or it might be more appealing for the electronics to operate hot to improve system reliability and reduce cost. The choice presents challenges that affect many aspects of the electronic system including silicon, packaging, qualificationmethodology and design techniques,” says Somshubhro (Som) Pal Choudhury, managing director, Analog Devices India.

With advances in materials and process technology, circuit design and layout, chip-makers have developed electronic components that can work reliably under extreme-temperature conditions. In fact, players like Analog Devices (ADI) and Texas Instruments (TI) cover the whole signal chain, including sensors, amplifiers and micrcontrollers, capable of operating under harsh conditions.

Traditional challenges
Operating electronics at low temperatures is less of a challenge compared to higher ranges. The performance of electronic components is known to be better at lower temperatures. Taking advantage of the same, Kryotech came up with the Cool Athlon range of central processing units (for desktops) that had an in-built refrigeration system to bring the system temperature down to -36°C, wherein the best performance was achieved.

It is only when temperatures drop beyond -230°C, such as in space applications, that the problem begins, as the properties of silicon start changing at that point. Since the applications are very niche, the problem is somehow overcome using insulation and heating systems, or special packaging and materials.

If conventional electronics is to be used at extreme temperatures, it would require passive or active cooling, using refrigerators and heat sinks. Probes used for well-logging, for example, may be placed in vacuum-insulated vessels to protect them from the hot environment. In addition, the electronics may be thermally connected to a heat sink, which uses materials like water or bismuth alloy that can absorb large amount of heat without a substantial temperature increase. This is usually done by employing the material’s phase change from solid to liquid, which absorbs a large amount of heat (the latent heat of fusion).

However, all such cooling techniques—both passive and active—have problems. Passive techniques have a limited lifetime, while active techniques require additional power and sub-systems. Active techniques may also be too disturbing to the environment because of the additional heat that is ejected from the system. All the techniques add weight, size and some degree of complexity—which is unacceptable because extreme-temperature applications are generally critical and space constrained.

Even if sufficientventilation and cooling is incorporated into the system, electronic components still need to be extensively tested and validated using lab ovens, etc, to confirm whether the can withstand such temperatures. The component maker generally would not give any assurance or guarantee for the functioning of standard components at extreme temperatures; so deployment is at the user’s own risk. Plus, even if the components per se work, sometimes the packaging might not be tolerant to very high temperatures, in which case the die has to be purchased and repackaged for the application. And, despite all this effort, there are chances that the component could fail due to other factors like vibration, interference or electro-migration in metal interconnects, which are very difficultto detect during testing.

Electronic systems are often required to work in extremely harsh temperature conditions, beyond industrial or even military ranges. Here are some examples.

Down-hole oil and gas industry. This is one of the largest markets for extreme-temperature electronics. Well-loggers or probes sent into geothermal wells have sensors and signal processing equipment, which have to withstand temperatures as high as 300°C. The typical geothermal gradient is 25°C/km as you go closer to the centre of the Earth. So the deeper the underground well, the worse the operating temperatures.