Faster-Than-Light Neutrino Does Not Exist

There was a furore in the physics community last year following an announcement that the OPERA team had found neutrinos travelling faster than light—casting a doubt on Einstein’s special theory of relativity. However, they have now realised that a loose cable played havoc with the readings—and that the neutrinos travelled no faster than light. -- JANANI GOPALAKRISHNAN VIKRAM 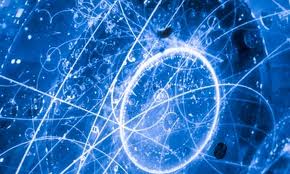 JULY 2012: Modern science is based on Einstein’s theory that the speed of light in vacuum is absolute, and nothing with mass can ever, ever, ever travel faster than light. The speed of light calculated by Einstein, his famous 1905 theory of relativity, and the well-known E = mc2 formula, factor into everything from estimates about the size and age of the universe, and the radius of black holes, to the power generated by nuclear reactors.

Earlier this year, we had carried a story (Is Einstein Turning in His Grave? February 2012), on the OPERA experiment carried out at the Gran Sasso National Laboratory (LNGS) in Northern Italy, and how the team found neutrinos travelling faster than light—thereby casting a shadow of doubt upon the foundations of modern physics!

Here is a quick follow-up, and a reassurance that we need not rewrite any theses or textbooks!

Simply put, here is what the OPERA experiment did: A beam of neutrinos was fired by the European research agency, CERN, from its Geneva centre; a team of physicists with a large and expensive experimental setup kept tracking these neutrinos as they arrived at LNGS in Italy, 730 kilometres away. The team was surprised when they observed—twice—last year that the neutrinos arrived at Gran Sasso around 60-billionths of a second earlier than light in vacuum.

While 60-billionths of a second might seem too neglible to the common man, to physicists, it is not. Had OPERA’s findings been true, it would have had far-reaching implications such as time dilation and space contraction, time travel, conversion of mass into energy—and in short, a complete rewriting of all textbooks!

The team was excited, no doubt, but they were equally puzzled about the findings despite a second validation, and they requested other agencies worldwide to take up the experiment and try to verify the findings independently.

Fortunately—or unfortunately, for some—recent announcements revealed that the earlier findings were faulty, and that we need have no doubt about Einstein’s theory, at least for the time being.

Another team at Gran Sasso, ICARUS, revealed in March 2012, that they too have measured the speed of neutrinos and found that the subatomic particles do not travel faster than light, after all. The ICARUS setup was more or less similar to OPERA’s—they trapped neutrinos fired from CERN, in Switzerland, using a detector at Gran Sasso in Northern Italy. The neutrinos travelled at the same speed of light—no more, no less.

Later, in April 2012, the OPERA team also announced that recent investigation revealed the possibility that some of the components in their experimental setup could have malfunctioned, thereby distorting the readings concerning the speed of the neutrinos. In specific, they doubted a faulty cable connection in the GPS system used to synchronise timing between CERN and LNGS.

The team members did not appear flustered as they spoke to the media—but more relieved, if we can say so. As one team member told the Associated Press, “This is the way science goes. What matters is the global progress of scientific knowledge.” CERN’s research director too appreciated the OPERA team, by stating: “Whatever the result, the OPERA experiment has behaved with perfect scientific integrity in opening their measurement to broad scrutiny, and inviting independent measurements.”

However, there continues to be a lot of displeasure within OPERA and CERN regarding the premature press announcement about the neutrinos—the right procedure, according to many, would have been to first discuss it with the larger community of physicists and request validations before creating a hype amongst the public.

All said, everybody is happy that Einstein continues to be right! All except two people. OPERA spokesperson Antonio Ereditato and experimental coordinator Dario Autiero announced their resignations in April, following a controversial no-confidence motion by the collaboration’s other leaders.