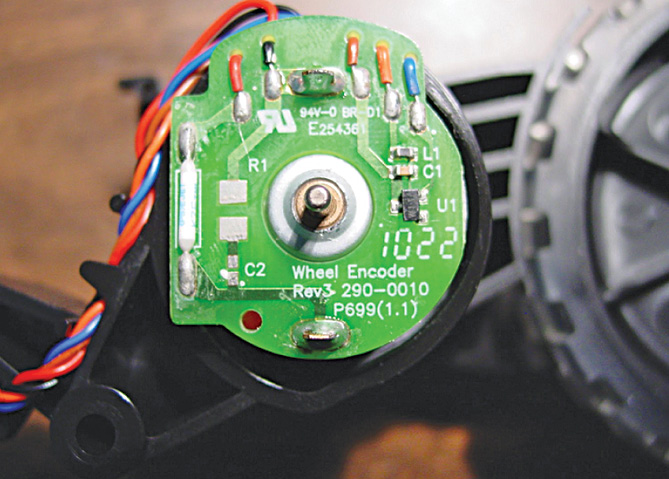 Sensors can be classified based on the physical effects that they can respond to. Hall effect sensors are unique in that their principle of operation is based on mixed effects.

When a current-carrying conductor is placed into a magnetic field, a voltage is generated perpendicular to both the current and the field. This principle is known as the Hall effect. So Hall effect sensors depend on the electric current as well as the magnetic field. 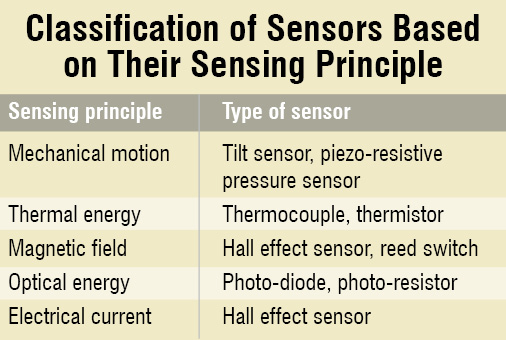 Typically, a Hall effect sensor has three wires or terminals: one for ground, one for supply (or reference) voltage and one for the output signal. The supply voltage is necessary to create the switching effect that takes place inside the sensor.

In practice, the basic magnetic field sensor—Hall element—is constructed from a thin sheet of conductive material with output connections perpendicular to the direction of current flow. When subjected to a magnetic field, it responds with an output voltage proportional to the magnetic field strength. The voltage output is in micro-volts (μV) range and requires signal conditioning electronics to achieve useful voltage levels.

The additional electronics needed is a differential amplifier and a temperature compensation circuit. Voltage regulation is also required when operating from an unregulated supply. When the Hall element is combined with this associated electronics, it forms a ready-to-use Hall effect sensor, which is an integrated circuit chip that contains a Hall element and the signal conditioning electronics.

According to Honeywell’s Hall Effect Sensing and Application, although Hall effect sensor is a magnetic field sensor, it can be used as the primary component in many other types of sensing devices. If the quantity to be sensed incorporates or can incorporate a magnetic field, a Hall sensor will perform the task.

In brief, continuous-time, ratiometric, linear Hall effect sensors are optimised to accurately provide a voltage output that is proportional to an applied magnetic field. These are well-suited for use in position sensing systems, for both linear target motion and rotational target motion.

Hall effect sensors are sometimes referred to as ‘switches’ rather than ‘sensors’ because of the on-off ‘digital’ voltage signal they output. A digital-output sensor has an output that is just one of two states—‘on’ or ‘off.’

Usually, digital-output types are widely used as contactless switches in consumer products. One example is the cover switch in clam-shell cellphones.