More and more MNCs are flocking to India to set up an R&D base. Let’s see what makes India a perfect destination for carrying out research activities from the standpoint of technology and innovation -- Uma Gupta 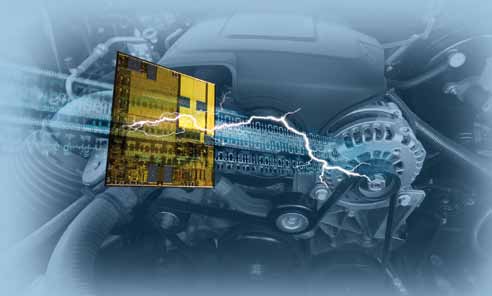 Today, India is looked at as one of the cheapest R&D destinations with highly talented engineers. The setting up of an R&D base by an increasing number of MNCs is a testimony to this fact. These R&D setups either serve the local market or help the parent company deliver new generation of products faster to the global market. For instance, one of the primary research areas for Philips Lighting India centre is to develop products that can suit Indian operating conditions.

In particular, embedded systems related work is growing fast and maturing to focus on enabling value-added devices. Almost every major international firmfrom Intel to Texas Instruments (TI) has its R&D or design lab for microprocessors in India. Telecom, consumer electronics, automation and automotive are the top verticals with MNC R&D base in India.

“Automotive, healthcare and power are driving the demand in the semiconductor industry and we are well positioned to take advantage of the growing market by investing in R&D. The introduction of latest technologies will help us differentiate from our competitors,” says Guruswamy Ganesh, vice president and country manager, Freescale Semiconductor India.

Infineon India ontributes to almost every major automotive or smartcard product launched globally. The centre has aggressive plans for coming years. “As the market in India develops, the local R&D is expected to work closely with the marketing and sales teams to increase competitiveness of Infineon solutions for local markets. Existing engineering activities will be expanded further by initiating a new competence centre for power electronics. Further, engineering of applications over Infinon products specificto Indian market is being considered,” informs Vinay Shenoy, managing director, Infinen Technology India.

The immense intellectual power that India possesses, makes it a perfect destination for carrying out research activities from the standpoint of technology and innovation.

Samsung employs 5500 researchers in India and plans to hire 1100 more next year. The Korean giant has two research centres in India, which work for its global projects.

Samsung’s story clearly indicates that electronics world has traction for the Indian talent. The nation is witnessing a talent war for engineers and technical professionals.

“Infineon Inia’s main incentive for setting up operations in India was the country’s abundance of highly skilled professionals in the areas of hardware and software development and R&D. This is now supplemented by the company’s attraction to the Indian semiconductor market. According to industry analysts, India’s markets for automotive and industrial electronics and smart cards are estimated to reach two billion US dollars by 2015,” informs Shenoy.

According to a recent study by management consultancy Zinnov, hiring in R&D domain is expected to grow by 15 per cent this fiscal.The study suggests that operating cost of R&D centres in India has gone up by 9 per cent. Despite this, operating cost in India is still 25 per cent lower than in China.

Chandramouli C.S., management consulting director, Zinnov, said, “The increase in operating cost, beginning last year, will not dampen the investment mood. MNCs are looking at ramping up operations and continue to invest in value creation and innovation in India.”

Looking ahead, we can expect a 10 to 15 per cent growth in the next couple of years in R&D in India, with growth mostly in engineering and embedded systems. The new companies that are being established were initially into sustenance and are now focussing more on innovation and leadership, which is completely different from what they actually do.

Of course, there are some roadblocks too that India needs to overcome in order to enjoy a smooth ride as an R&D hub.

Companies like Samsung, Intel and AMD are facing talent crunch in their R&D centres in India, making them turn towards Indian universities for talent.

“There is surely a talent crunch when it comes to candidates with PhDs. One of the other challenges that we face is that as a technology company we need to build the depth in terms of engineers’ skillsets. Since there is a strong service mindset in people, after working for a year or so sometimes they start feeling nervous doing the same thing and express the desire to change jobs. That mindset needs to change, as in technology and R&D depth is very critical and important,” says Jitendra Chaddah, director, Intel India Strategic Development & Operations.

Intel’s rival, the California based $6.49-billion AMD Inc., is also facing a talent crunch in its design centres in Hyderabad and Bengaluru.